‘It’ll be a quick transition, but one that I look forward to,’ says Ashleigh Barty as she gets ready for the clay 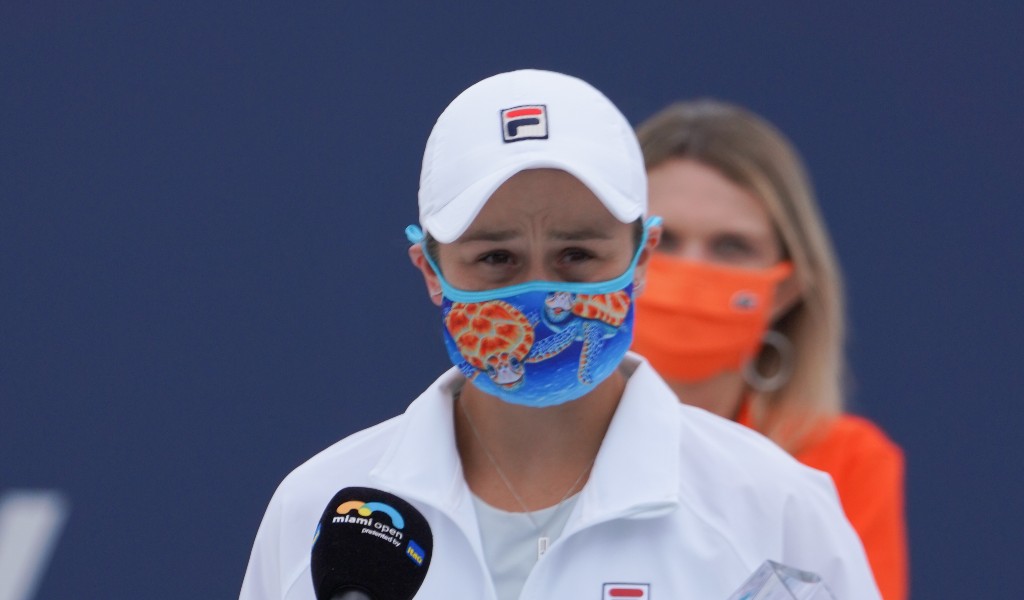 World No 1 Ashleigh Barty is looking forward to making the transition to clay just days after retaining her Miami Open title.

The Australian will be moving from the hard courts of Miami to the green clay in Charleston this week.

Speaking to the media before beginning her campaign she said: “It’s a fresh surface, it’s a very quick shift for me, changing surfaces.

“It will be exciting. It’ll be a quick transition, but one that I look forward to.

“I find that green clay is almost a middle man between hard courts and European red clay.

“Sometimes the green clay is a little bit quicker you can typically move on it like a hard court if you wish, or you can go straight into sliding a little bit and moving like on a traditional clay court.”

A loaded field as always in Charleston. #VolvoCarOpen pic.twitter.com/2u0mfsBsn6

The Aussie won consecutive titles in Miami by beating Bianca Andreescu on Saturday after the Canadian retired during the second set.

She will now be looking forward to the clay-court season where she won the French Open two years ago on the red dirt.

“It’s challenging without a doubt, but I am very excited to go back to Roland Garros,” she said.

“I think it’s going to be really exciting walking back onto that site for the first time since 2019.”