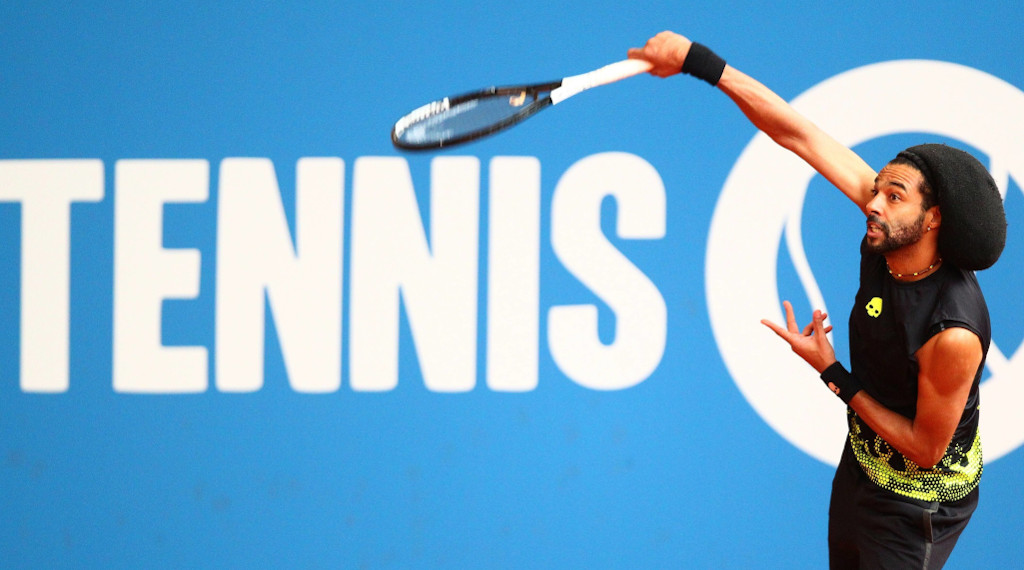 Tennis took some exploratory steps into the post-coronavirus world with the Tennis Point Exhibition Series and Dustin Brown admits it was “a little surreal”.

The sport has been on a hiatus since the start of March due to the COVID-19 pandemic and the ATP and WTA Tours are only expected to return on July 13.

However, exhibition tennis made a return on Friday with the Exo Tennis Series in Germany and Brown is the highest-profile player in the eight-player tournament.

It is a closed doors event without any spectators, line judges and ball kids while there are also no handshakes before or after matches.

“It’s nice to finally play, it’s a little surreal to be honest, with everything that is actually going on in the world,” he told Tennis Channel.

“With all the safety guidelines I think everyone has done pretty well, doing their best. Even sometimes when it’s not that easy. Very happy to be out here and have some fun.”

The indoor clay-court event, which is being streamed by the Tennis Channel, is played over a short format as it is first to four games with no advantage scoring.

Former world No 64 Brown helped to plan the format along with Base Tennis owner Rodney Rapson.

“There is not that much pressure,” Brown said. “It’s hard to get up and train when you don’t know when you can play so this event has definitely helped the mindset for the last couple of weeks, knowing something might happen.

“It’s been a little light at the end of the tunnel.”

The tournament will come to a conclusion on Monday with the playoffs before the next Exo Tennis event kicks off on May 7.