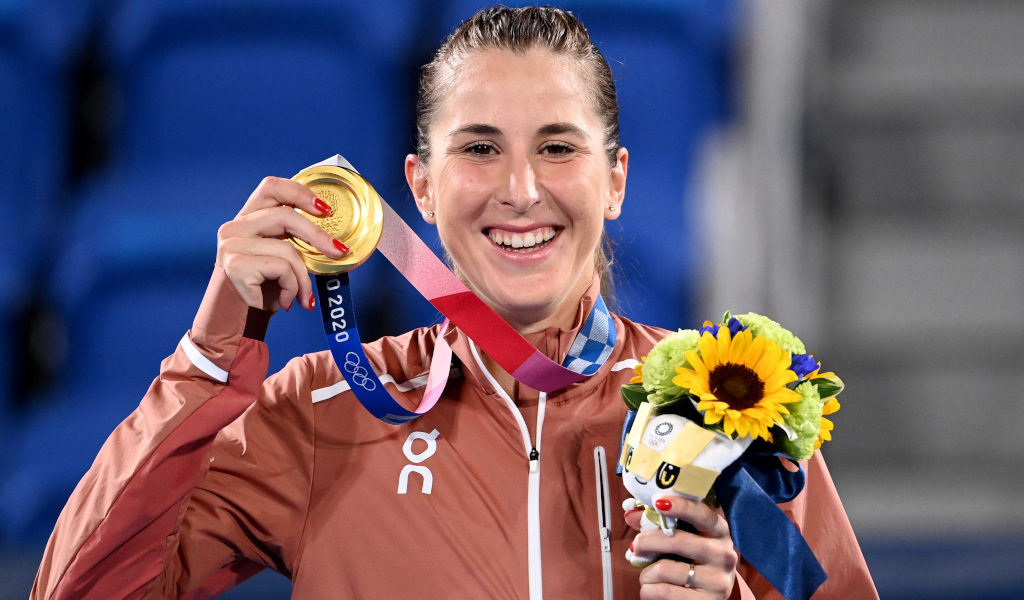 It was the stuff of dreams for Belinda Bencic as she won the biggest title of her tennis career after claiming gold at the Tokyo Olympics.

World No 12 Bencic became the first Swiss woman to win gold in the singles at the Olympics after defeating Marketa Vondrousova from the Czech Republic 7-5, 2-6, 6-3.

The 24-year-old has won four WTA Tour singles titles with the biggest the Canadian Open in 2015 and the 2019 Dubai Championships – both WTA 1000 events.

Her Olympics achievements, though, will go to the top of the list though.

“For me, it’s not ‘this’ tournament, it’s the freaking Olympic Games,” Bencic, who finished runner-up in the women’s doubles alongside Viktorija Golubic, said after the singles.

Belinda Bencic to make her Grand Slam breakthrough at the 2021 US Open? Take a punt with Planet Sport Bet!

She added: “I’m sorry. For me, this is the biggest thing ever for an athlete, so I cannot believe I have two medals and one of them is gold. I mean, I don’t know what to say. I mean, it’s amazing.

“I cannot really believe it right now. I just don’t get it yet. I don’t know whether to laugh or to cry. I didn’t think it would be possible. I was fighting for my life, and it worked out. I cannot believe it worked out.”