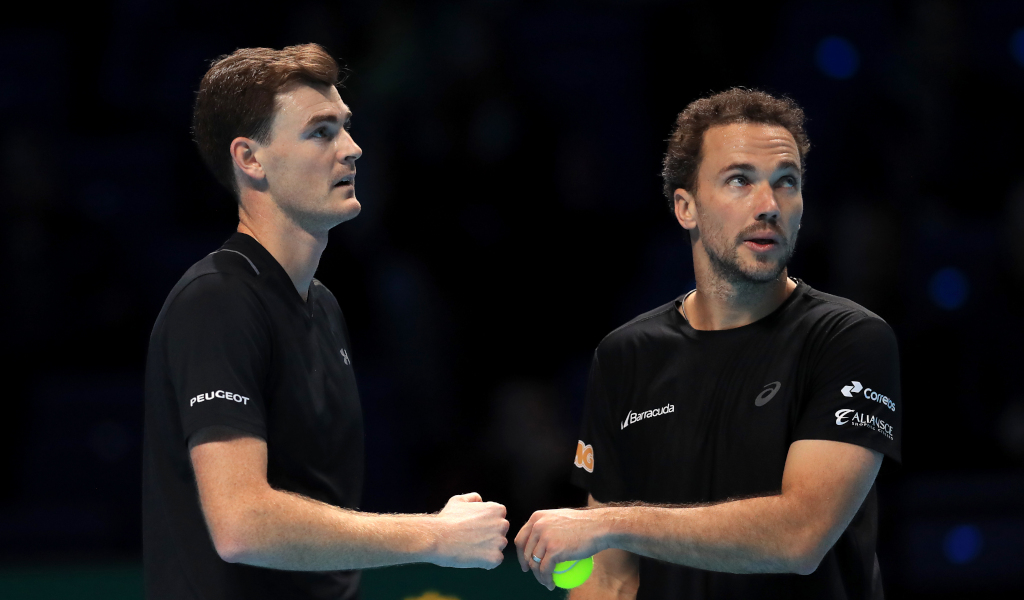 Seven-time Grand Slam doubles champion Jamie Murray will be reunited with his former partner Bruno Soares for the 2021 season.

Murray decided to end his partnership with fellow Brit Neal Skupski after the duo failed to make a breakthrough at Grand Slam level, with the elder of the Murray brothers set to team up with the partner he won the Australian Open and US Open titles in 2016 with.

“I really like Jamie as a person and a player,” said Soares. “We had a lot of success in the past, we are much more experienced now and I am really looking forward to playing with him.

“When we stopped the first time, Jamie needed a change at that moment. If you are not happy on court, you have to do something to be happy and I respected that.

“Jamie has improved a lot since we played together. I don’t know if I have improved because I am getting older, but it won’t take long for us to click.

“A lot of the doubles teams are changing next year, but Jamie and I know each other. That will make us competitive next year.

“I love this sport, I love competing and I love winning. We all play to win Grand Slams. Jamie and I have done that before and I trust we can do it again.”

Meanwhile, there was some British success at the ATP Finals in London as Joe Salisbury and Rajeev Ram reached the doubles semi-finals at the Nitto ATP Finals with a tense victory over French Open champions Kevin Krawietz and Andreas Mies.

It was a winner-takes-all clash and that showed, with nerves on display from all the players, but it was Britain’s Salisbury and American Ram who triumphed 7-6 (5) 6-7 (4) 10-4.

The victory means Salisbury has made the last four at London’s O2 for the first time, while the Australian Open champions’ hopes of finishing the season as the world’s number one doubles pair are very much alive.