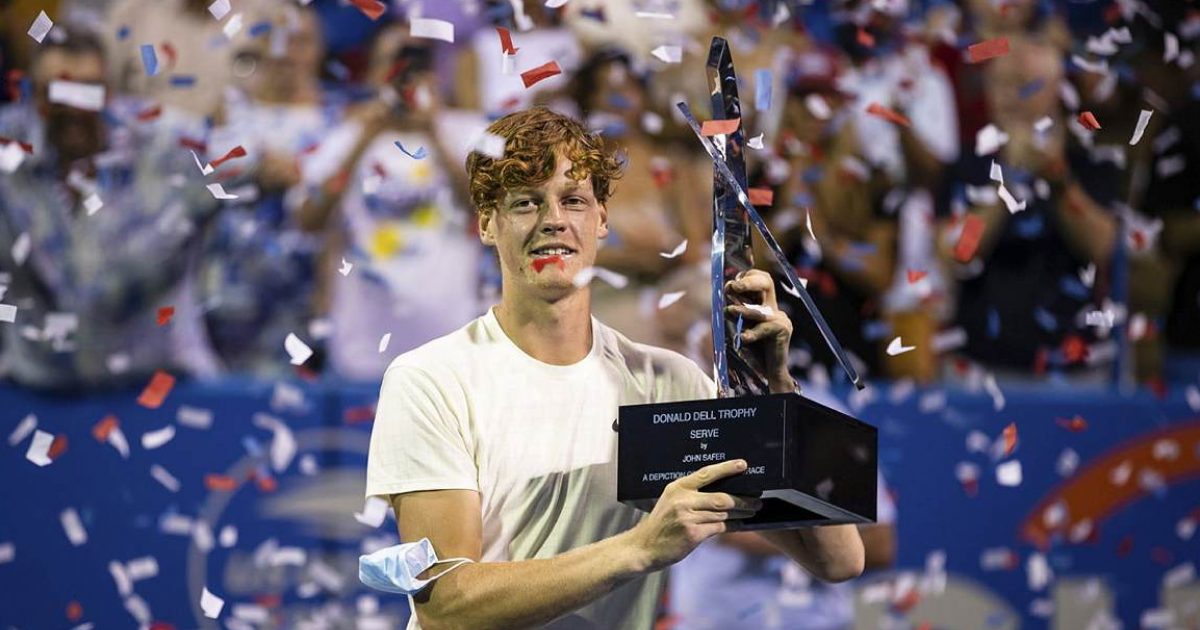 The 19-year-old entered the final without dropping a single set, but came up against a determined opponent in McDonald who was eager to claim his first ATP Tour title.

This was the 146th ATP 500 event since the category was created and before Sinner, the youngest titlist at this level was 20-year-old Alexander Zverev, who lifted the Washington title in 2017.

The American offered a wealth of resistance early, saving 10 set points before Sinner was able to break through and take the first 7-5.

The dropped set only seemed to motivate McDonald as he adopted a more aggressive mindset which helped him claim the second 6-4.

Although Sinner threatened to run away with it in the third, pulling out to a 5-2 lead, McDonald again rallied to draw level in front of a raucous home crowd.

However, it was ultimately not meant to be, as Sinner regained his composure to take the next two games and clinch his second title of the season.

“I think there is still much work to do, to be honest,” he said after his win.

“A lot of experience to put in, working hard as we are doing now, and trying to play important matches and important moments of a match,” Sinner said. “Today I think I had a lot of them. I can learn many things from.

“I think it’s tough mentally, because I had a lot of chances. I couldn’t use [them], because first he was playing better in the crucial moments, but I tried to work for one more chance and tried to break him like this.”

Sinner’s win continued a glorious year for Italian sport at their success at Euro 2020 and the Olympic Games.