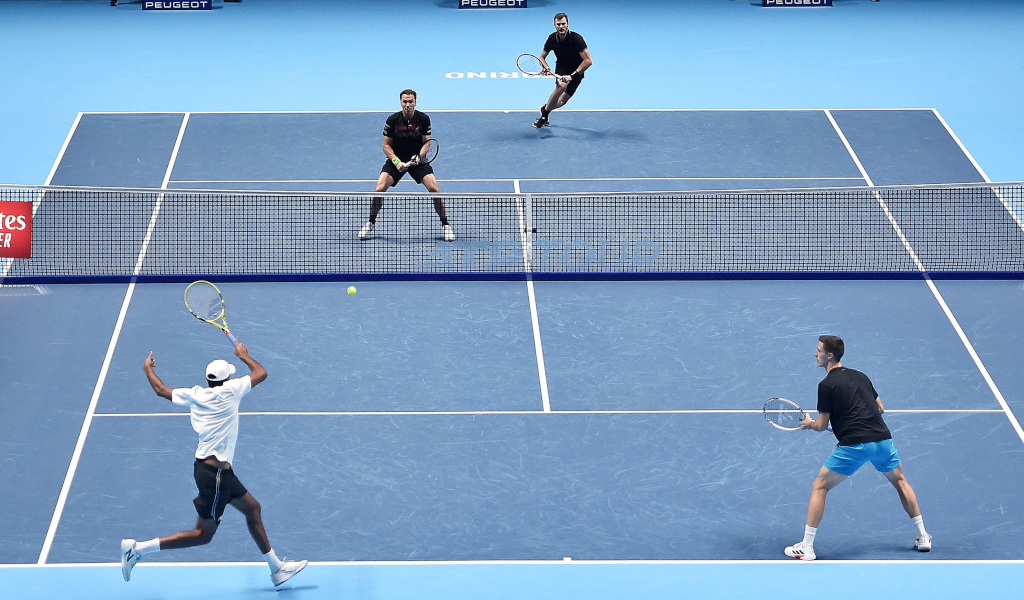 Joe Salisbury won the battle of the Britons against Jamie Murray in the doubles at the Nitto ATP Finals in Turin.

This is the first time two British doubles players have qualified for the tournament as one of the top eight teams of the year, with Salisbury partnering American Rajeev Ram and Murray teaming up with Brazilian Bruno Soares.

The pairs faced each other in their first group match and, for the third time this year, it was Salisbury and Ram who came out on top.

They had previously met in the semi-finals of the Australian Open and the final of the US Open, and here Salisbury and Ram capitalised on a fast start to win 6-1, 7-6 (7-5).

Murray dropped serve twice in the opening set but the second was much tighter, with both teams missing chances to forge ahead.

Ram and Salisbury took an early lead in the tie-break, though, and a return winner from Ram on their second match point clinched victory for the second seeds.