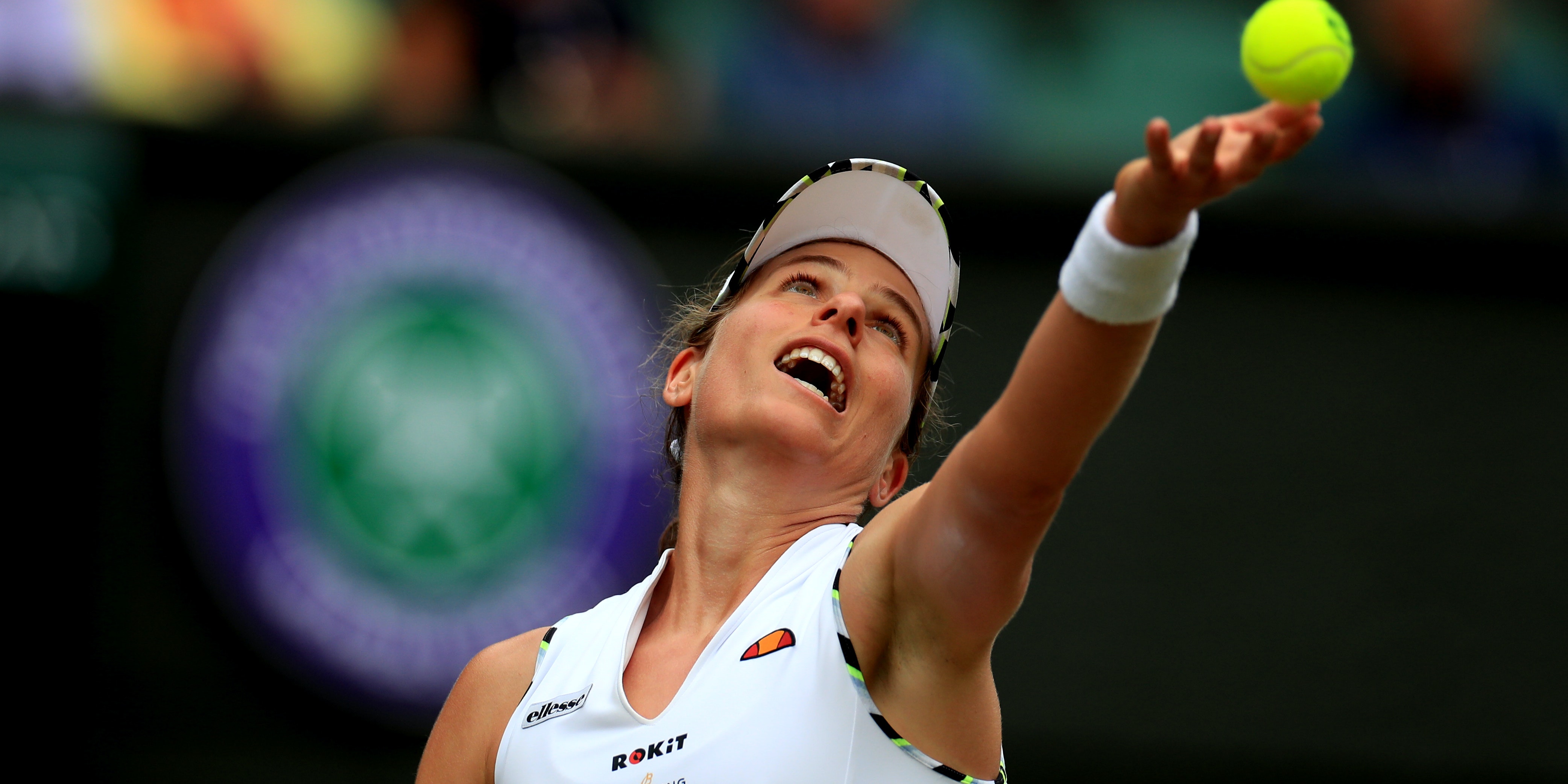 Johanna Konta lost her first match since March in straight sets to Jodie Burrage at the Battle of the Brits tournament in Roehampton.

British No 1 Konta, 14th in the world rankings, was far from her best against British number seven Burrage, losing 6-4, 6-3.

Konta last played at the Monterrey Open in Mexico before elite tennis was suspended due to the coronavirus pandemic.

🤣 @jodieburrage causes a big upset at #BattleOfTheBrits even with 1️⃣ shoe

Burrage, 21, who looked sharper than Konta and served out impressively to seal the match, could not hide her delight after causing an upset.

“It feels amazing to win against such a great player, I feel overwhelmed,” she told the LTA’s official website

“I was surprised with how I played. When I found out I was playing her I was nervous and didn’t want to get hit off the court.

“This morning I was excited to get out there and swing. I didn’t have any pressure.”

Now that’s how you win a match…@cam_norrie came up with the goods when he most needed it at #BattleOfTheBrits 💪 pic.twitter.com/F0YZ1OeTVn

Also on the opening day at the LTA’s National Tennis Centre, Cameron Norrie hit back to beat British number one Dan Evans 4-6 6-3 10-7.

The event has been organised by Jamie Murray to help keep Britain’s players active, with the professional tours suspended.

Are you Team Union Jacks or Team British Bulldogs? #BattleOfTheBrits

Britain’s top men and women players make up two teams of 13 – the Union Jacks and the British Bulldogs – and will go head-to-head in singles, doubles and mixed doubles matches.

The action will unfold throughout the week, culminating on Sunday, with the first team to reach 60 points crowned Battle of the Brits champions.

Andy Murray, on his way back from pelvis and shin injuries following hip surgery last year, will compete in the doubles matches only as he prepares for the US Open.