Johanna Konta says she is open to the possibility of forming a mixed doubles British dream team with Andy Murray at Wimbledon next month.

Murray has said he wants to play in the mixed competition after confirming Frenchman Pierre Hugues-Herbert as his partner for the men’s doubles as he puts his hip through its paces after surgery.

That has left many to suggest that Konta could team with Murray at the home of British tennis.

Konta says she has not been approached about that, but isn’t opposed to at least exploring the possibility.

“I would have to think about it and talk to my coaches,” Konta is quoted as saying on Metro.

“I honestly haven’t thought about playing mixed there so I don’t know. 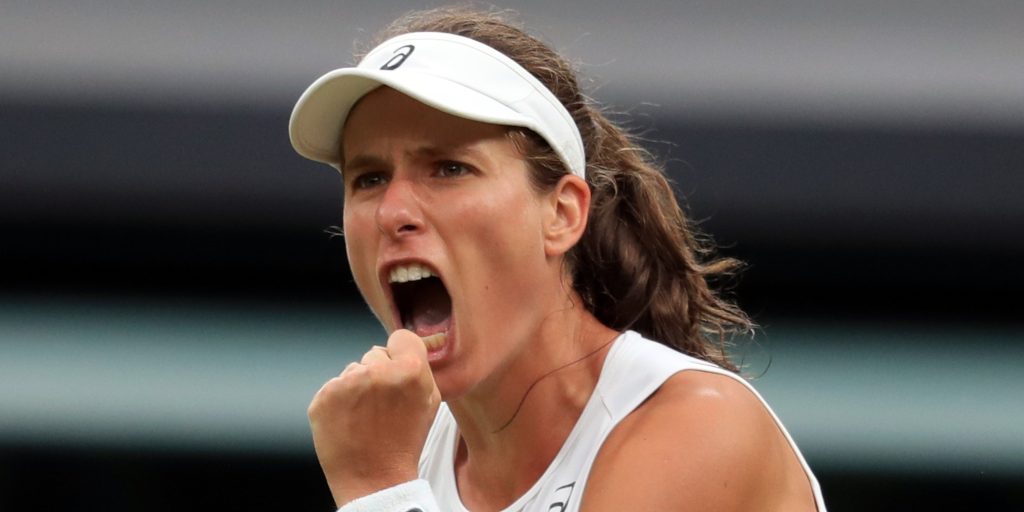 “I haven’t watched Andy [play this week], I’ve seen some highlights on social media and I have seen how excited he is to be on court which I think is just brilliant to see.

“He hasn’t asked me to play mixed so I haven’t given it any thought.

“I have since found out he has got some no’s from some players and I just assume those players have said no because they are focusing on different things in the tournament.”

If Konta was open to the question, she certainly wasn’t keen on how it was worded by the reporter who asked it!

“I mean, way to make me sound like a hooker. I mean ‘offer my services.’ Jeez.”