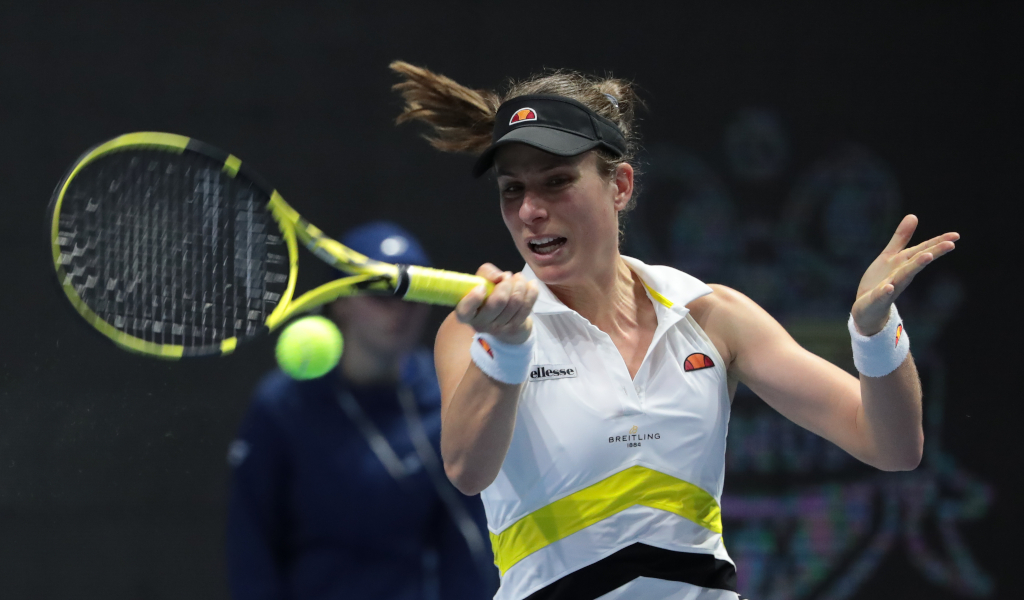 She had to have a her wits about her early on, but Johanna Konta ultimately proved too strong for Tatjana Maria in the second round of the Monterrey Open.

Maria tested the second-seeded Konta with her usual slices and spins in the opening set that lasted more than an hour, but once the world No 16 got into a rhythm she raced to the 7-6 (7-4), 6-3 win.

The No.2 seed @JohannaKonta 🔒 in a quarterfinal spot!

After no breaks in the first set, Konta edged the tie-breaker and then claimed the solitary break in game six of the second set.

“It was an incredibly tough match,” she said. “[Maria] is very crafty, and very creative on the court, and quite frankly made me uncomfortable today. She plays a game that is very tough to get rhythm against.”

She continued: “I’m really pleased I was able to try to play the game, find a way, and basically be able to work my way through that match.”

The British No 1 will face teenager Anastasia Potapova for a place in the semi-final after the Russian beat Tamara Zidansek 1-6, 7-6 (7-3), 6-1.

Top seed Elina Svitolina eased into the quarters as she beat Belarusian qualifier Olga Govortsova 6-3, 6-4 to set up a clash against Canadian teen Leylah Fernandez while Arantxa Rus from the Netherlands upset 10th seed Lauren Davis from the United States 7-5, 6-0.