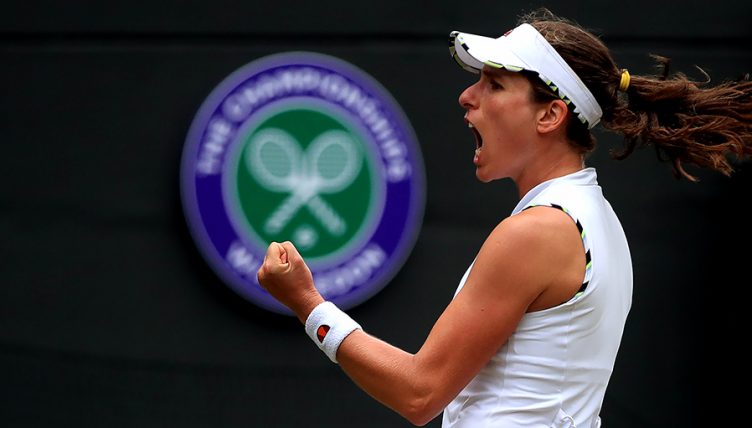 Johanna Konta is through to the second week of Wimbledon after a brilliant battling win over former US Open champion Sloane Stephens.

Konta, who last month reached the semi-finals of the French Open, looked to be on the verge of defeat when she was a set and a break down in the second, but she somehow rallied to go through 3-6, 6-4, 6-1.

“I just kept plugging away more than anything,” Konta told the BBC after the match.

“She was playing incredibly well and I was fully prepared to not be coming back in that second set because she really was playing well.

“It was incredibly tough, she’s an incredibly good player and at her best she’s very, very tough to play.

Konta defeats Stephens!@JohannaKonta gets her fourth straight win over the American with a 3-6, 6-4, 6-1 victory to advance her to R4. 🇬🇧#Wimbledon pic.twitter.com/oBiuB2N2UV

“As you could see, I really had to work hard to find way into that match and get my level up to hers. I’m really pleased I could do that and keep the pressure on.

“Every round is trickier. I doubt any match is easier than the one before.

“I’m just really pleased to have come this far. I’m trying to calm down because it was a tough match but I’m really pleased with the tennis I’m playing.”

Konta will now face two-time champion Petra Kvitova in the next round, and she knows how tough a test it will be.

“It’s a good opportunity to play against one of the best players in the world,” she added.

“That’s the position I work to be in and I’m really pleased I could give myself that opportunity.”