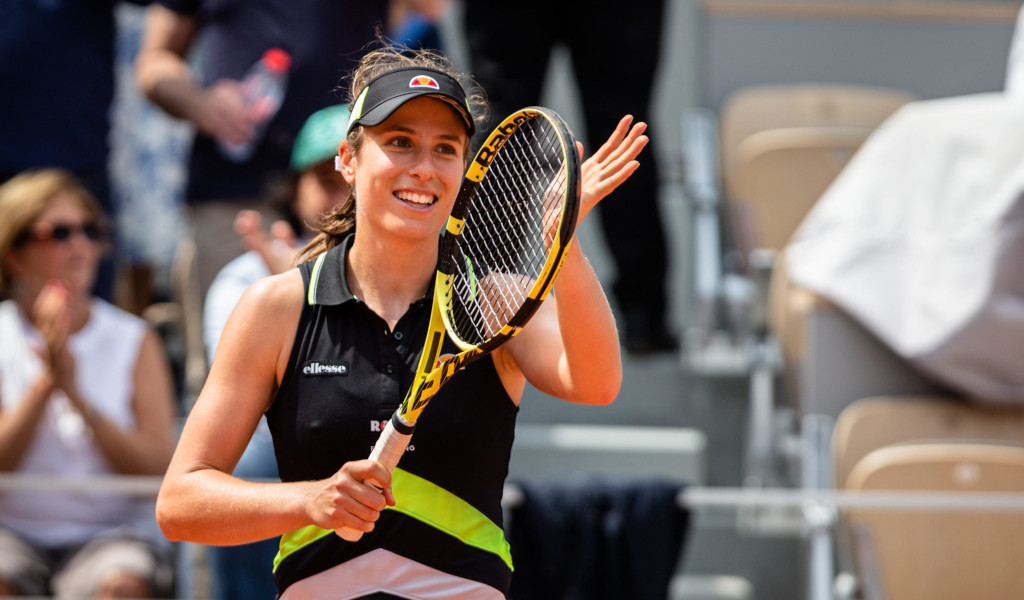 Britain’s number one seed Johanna Konta has made a winning start at the Nature Valley International at Eastbourne easing into the second round.

Konta defeated Ukrainian Dayana Yastremska with a 6-2 6-4 victory and will face Greece’s Maria Sakkari in the next round.

The 28-year-old will be hoping to continue her recent good form, after reaching the final of the Italian Open in May this year where she also beat Grand Slam winners Sloane Stephens and Venus Williams on the same day.

Konta followed that up with a successful run at the French Open in June where she made the semi-finals for the first time and in doing so reached the Top 20 in the WTA Rankings.

The Nature Valley International is played in Johanna Konta’s home town, and having reached the semi-finals in Eastbourne in both 2016 and 2017, she says that playing in her home town helps a lot.

“It definitely is a big difference and a welcome one for me. I love being at home, so being able to play a tournament and stay at home, I couldn’t ask for much more.

“i get a very much a home welcome, so thank you everyone for coming out and watching today”

Fellow Britain’s having fared so well in Eastbourne with Heather Watson, Katie Swan and Harriet Dart all crashing out in the first round, leaving Konta as the sole British women’s representative.

In the men’s tournament, British duo Paul Jubb and James Ward have progressed through to the main draw.