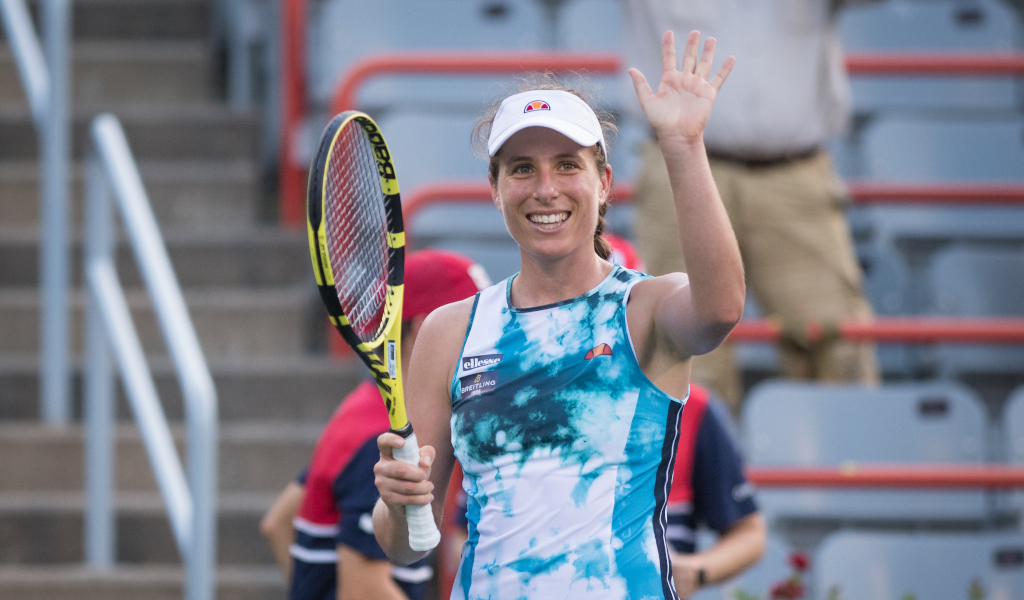 Former British No.1 Johanna Konta gave her fans what they demanded as she posted an image of her wedding dress after her marriage to Jackson Wade.

Konta confirmed earlier this month that she had decided to call time on her tennis career, citing her desire to explore new challenges.

The first of those was getting to grips with married life and she confirmed last weekend that she had tied the knot with partner Wade.

Yet fans were left disappointed as Konta failed to post any images of her wedding dress, so she put that right by revealing all with a Twitter post.

For everyone saying “pics or it didn’t happen”, here’s a pic, before it happened. 😇 https://t.co/kpiQsrBGQb pic.twitter.com/n3hoM9ibQp

Without any pressure preparing for her next tennis match, Konta can now look forward to a relaxed Christmas with her new husband and she is also hoping to start a family.

“It just felt like, where I was in my life and what the sport asks of you to do and give to be able to be at the best of it, I couldn’t give that any more,” Konta stated as she confirmed the reasons for her retirement.

“I was very conscious that I definitely didn’t want to make a decision based on how I was feeling at any particular moment just because it’s a lot more complex than that.

“There’s a lot of highs and a lot of lows, a lot of different emotions, so, for me, it was important to give myself the space and the time to let emotions settle. I felt like I would just know when I was ready.

“As a child you start the sport because you love it, you find your passion in this one thing, and what it reaffirmed for me at the end was that I loved it with the same kind of passion. And that’s an almost magical thing.”