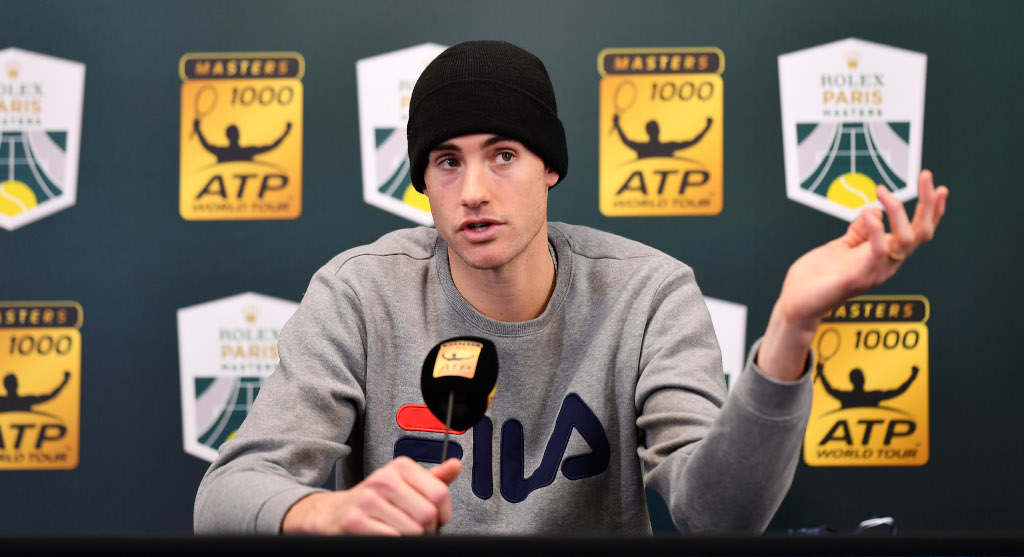 John Isner has accused Lleyton Hewitt of “being arrogant” after the Australian called on the ATP to “lead by example and do something about” the Justin Gimelstob situation.

Gimelstob, a two-time Grand Slam mixed doubles winner and a member of the ATP board, is facing an assault charge after he allegedly beat a friend of his estranged wife, Cary.

The American will appear in court in December, but his lawyer Shawn Holley told metro.co.uk that his client “unequivocally and absolutely denies ever engaging in domestic violence or homophobic behaviour of any kind”.

Shortly after the news broke of Gimelstob’s arrest, Hewitt tweeted that the ATP should “do something about this”.

The @ATPWorldTour must lead by example and do something about this. pic.twitter.com/EuTXwHbJOS

Gimelstob, though, has received support from Isner with the Wimbledon semi-finalist accusing Hewitt of being “involved in own nasty situation with James Blake” during the 2001 US Open.

During the incident, Hewitt asked the umpire to remove a black line judge, who foot-faulted him, saying: “Look at him. Tell me what the similarity is (with Blake). I want him off the court. I’ve only been foot-faulted at one end. Look at what he’s done.”

“He’s the guy who was involved in his own nasty situation with James Blake [at the 2001 US Open], and I’m not calling for his head, or for him to step down from working with Tennis Australia. He’s being arrogant.”

Isner also insists he will continue to give his coach the “benefit of doubt”.

“Of course Justin is very close to me, as a friend and as a coach,” he said. “But even if he wasn’t, at the current time I would still support him because he’s innocent until proven guilty. We’ll know the facts soon enough. It might not be a popular opinion, but as of now, I have to give Justin benefit of doubt.”