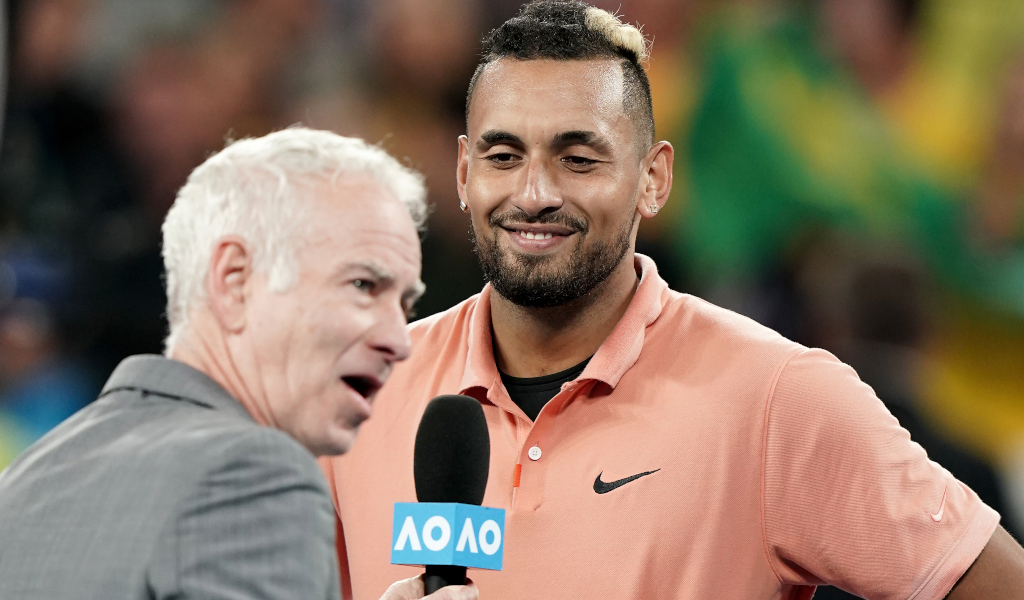 John McEnroe believes that the current era of players can be a little too cold and professional and he would like to see more players wear their hearts on their sleeves at the elite level.

While players like Nick Kyrgios and Alexander Zverev have had high-profile tantrums and racket abuse issues, McEnroe says that this isn’t the norm in the modern game which can be a bit sterile for his liking.

McEnroe has said that he never engaged in strategic tantrums to throw opponents off but always had his outbursts as a result of his emotions boiling over.

In a recent Twitter Q&A, McEnroe shared his thoughts on players having on-court meltdowns in tennis.

When asked ‘why do tennis players have such an explosive temper?’ McEnroe responded: “You must be watching different tournaments than me ‘cuase I don’t see many players having meltdowns at all.

“And I know something about meltdowns, my past experience, and I’ve seen a couple of players, obviously Nick Kyrgios comes to mind having meltdowns on a pretty regular basis, but for the most part, tennis players are incredibly well behaved, maybe too well behaved in my book.

“I’d like to see a little bit more explosive temper see the emotions, wear it on their sleeve, there’s a handful of people you see that, but I just saw someone win Wimbledon on the girl’s side who didn’t show any emotion, so I don’t know if any of us wanna see that.

“So perhaps there’s a happy medium.”

McEnroe was also asked why players break their rackets and whether they should rather just give the racket to a fan.

The man who has broken a few rackets in his day, doesn’t think that plan would work out but proposed an alternative.

“How about we compromise?

“We break a tennis racket, and then you give it to a fan in the stands, a broken racket, it’s a win, win.

“Is a person in the stands gonna use it [a pro’s tennis racket]?

“I would hope that if you got a racket from Nick Kyrgios in a moment of his frustration that you’d maybe hang it up, put it up somewhere, frame it, not use it.

“I doubt you’d be using, “Oh, I’m hitting with Novak Djokovic’s racket, which he broke in a fit of anger.”

“No, I think you’d have it like a piece of art or something.

“Be happy that maybe you have a racket at all, so we can both be winners.

“Get out the frustration, and you get the racket.”

McEnroe dispensed a tip for any prospective tennis player that applies across many walks of life.

“You have a mantra at my tennis academy, don’t beat yourself, I think that’s a hell of a start.

“This one’s a little harsher, it doesn’t matter whether you win or lose, until you lose.

“Maybe that would give some people impetus to try a little harder.

“You want the joy of winning to be something that you really experience and like, not like it’s a relief, I won and don’t have to feel so bad that I lost.

“There’s an old saying from an ex-American present, and this from like a hundred years ago.

“It’s something that I try to go by as well.

“‘It’s better to try and fail than not try at all.’

“We all have this fear of failure, and so it’s how do we deal with it?

“How do you vent that, how do you handle it?

“How do you use it to your advantage?

“How do you not let it overwhelm you?”

READ MORE: Will Roger Federer get John McEnroe money from the BBC for Wimbledon gig?