John McEnroe: Wimbledon too soon for Andy Murray to shine, but he’ll return to top 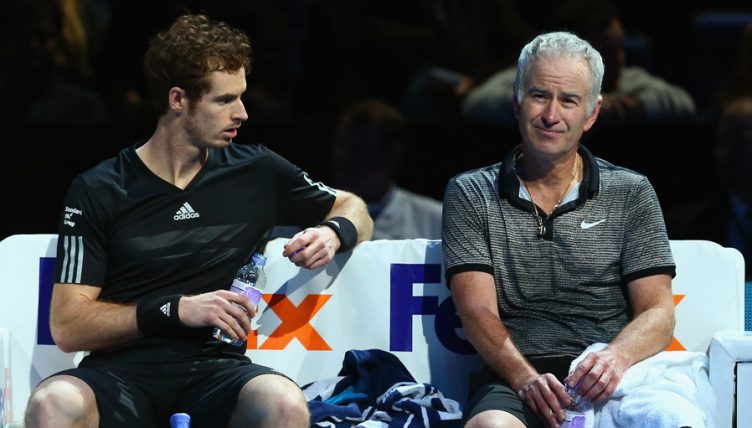 John McEnroe says Andy Murray can to return to the world’s top five – but Wimbledon will come too soon for him to shine.

Murray only returned to action two weeks ago after a year out with a serious hip injury, and has publicly expressed doubts over his ability to physically cope with the rigours of best-of-five sets tennis.

Murray lost narrowly to Nick Kyrgios in his comeback match at Queen’s Club and then played Stan Wawrinka and Kyle Edmund at Eastbourne, beating the former.

“Then he played Stan to play Edmund, which is weird, because he’s playing the new (British) number one, even though we really know that Andy is the number one.

“I don’t know if he’s capable, or if it’s possible, to play seven best-of-five-set matches. He’s by no means got an easy draw either. It would be hard to envision a guy, with that type of draw, go really deep into an event.

However, while McEnroe still sees Murray as a top level player, he has less expectation for Edmund.

He said: “I think Kyle has made some excellent progress. I was really impressed with what I saw (in Australia). I don’t see a guy winning majors, I see a guy that can do a lot of damage to a lot of people. I see an extreme professional.

“If I had to guess (where he can get to), maybe in the 10 to 20 range, perhaps better, if he can continue to work on a couple things. A lot of things have improved, his backhand, his serve is better. He’s got the fitness that he didn’t have before.

“He’s taken advantage of some opportunities. He’s making some good progress and I hope he keeps it up.”