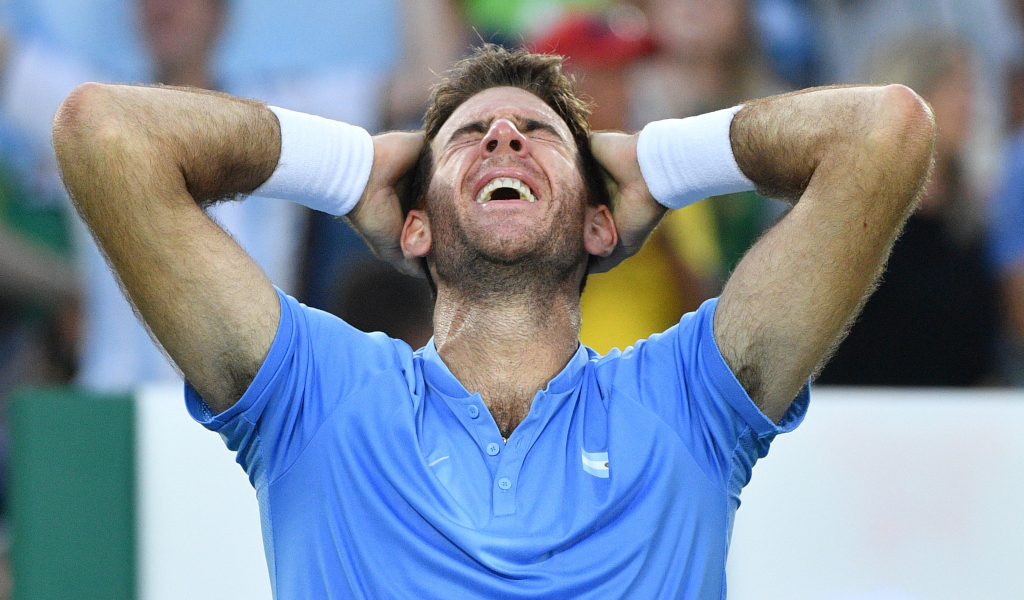 Del Potro called time on his career earlier this year as he was unable to adequately recover from devastating double knee injuries.

“I started another treatment, it was recommended by many tennis players and so far I have not even had a positive result. Imagine what it’s like after every treatment attempt or surgery, the frustration I can feel when things don’t work out.

“As usual I delude myself, I hope, I have faith in every new treatment I try and, when this fails, the blow is hard.

“And for three and a half years, despite several surgeries and treatments, it always happened.

“Today I can only walk, I can’t run on the treadmill, I can’t climb the stairs without pain. I can’t drive for a long time without stopping to stretch my legs.

“This is my reality, which is hard, it is sad, but I always try to improve my situation and my new challenge is also to live in the best possible way, even psychologically, despite my problem.”

Del Potro says that he has found it hard to give up the sport that was his whole life for so long.

“I can’t psychologically accept a life without tennis,” he said.

“I was No. 3 in the world, until suddenly, I broke my knees and here I am, with nothing.

“I did not have a gradual transition to the after, I did not prepare, I have no idea what the other athletes did to live this process peacefully.

“And all this time I was trying to recover, as I have with any other injury, until in Buenos Aires I said: ‘That’s enough’.

“And from Buenos Aires I found myself, and I am still there, in that process of reflection, I wonder what things I might like, I don’t know.

“When I talk to other athletes who are no longer active, they say to me, ‘Well, it took me the last two years of my career, the last year, I prepared myself this way or that way. I’m doing it now.”

Del Potro achieved what few men managed in winning a Grand Slam during the era of the big three but his career has now been cut tragically short.