Juan Martin del Potro has revealed he looks forward to playing in front of the Wimbledon crowd more than any other, after they handed him a nick-name that is only used in England.

Del Potro has always been a firm favourite with the Wimbledon spectators and while there have been times when sporting and political tensions have been frayed between England and Argentina, Del Potro believes he has risen above those divides.

Speaking to Tennis365 at The Boodles event, Del Potro told us that he loves his ‘Del Boy’ nickname that he only hears in England, as it references the lead character in iconic BBC comedy show Only Fools and Horses.

“I have always fan a fantastic relationship with the English fans. They all call me Del Boy! I didn’t know why they call me this, but I was told this is a guy from the TV and I like that they have the fun with me,” he told us with a smile. 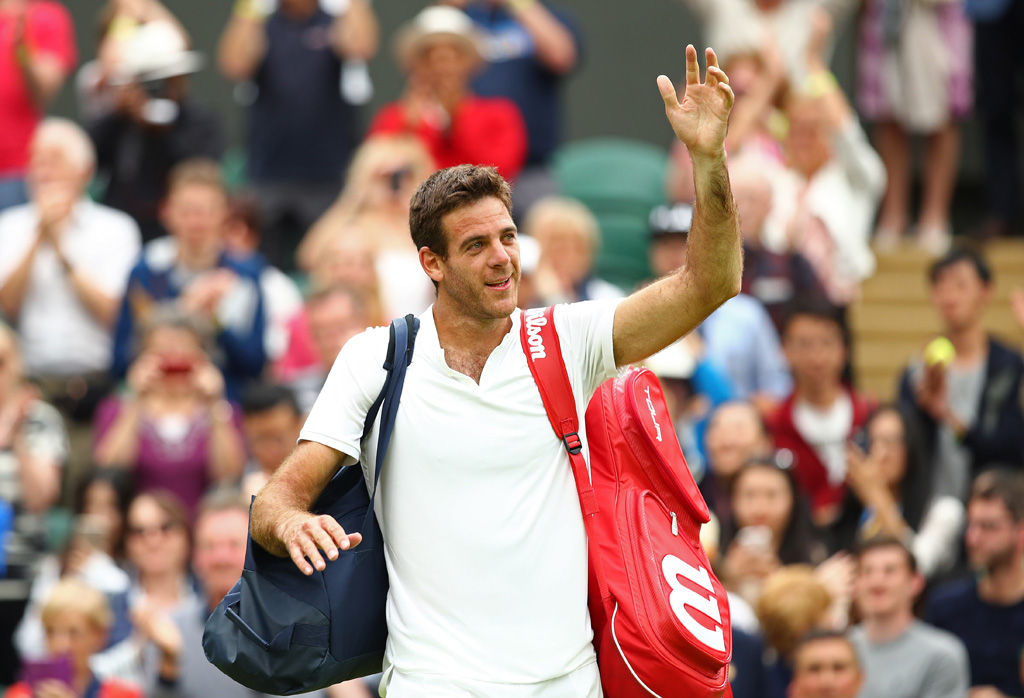 “Maybe that have lived through some battles with me. I have had some great matches at Wimbledon and I think people remember that. I reached the semi-finals in 2013 and had a long match with (Novak) Djokovic, then I lost in the semi-final with Roger (Federer) at the Olympics in a final set that went on for a long time.

“I play every match and try to surprise myself. Thankfully, in the last couple of years, I have made a lot of surprises and hopefully this can continue.

“I was injured during 2014 and ’15 and I didn’t expect to be in the top 5 again after all that problems, winning big tournaments, fighting for the top positions of the ranking again. I am just enjoying what this is; my second career in tennis.”

Del Potro believes this year’s Wimbledon men’s singles draw is loaded with players who will take to the courts at the All England Club without fear, even though he accepts defending champion Roger Federer remains the man to beat as he approaches his 37th birthday.

“A lot of players will feel they can do well at Wimbledon,” he added. “If you have a good serve you can win the tournament, it is that simple at this event, but obviously Roger will be the guy we all have to beat again.”