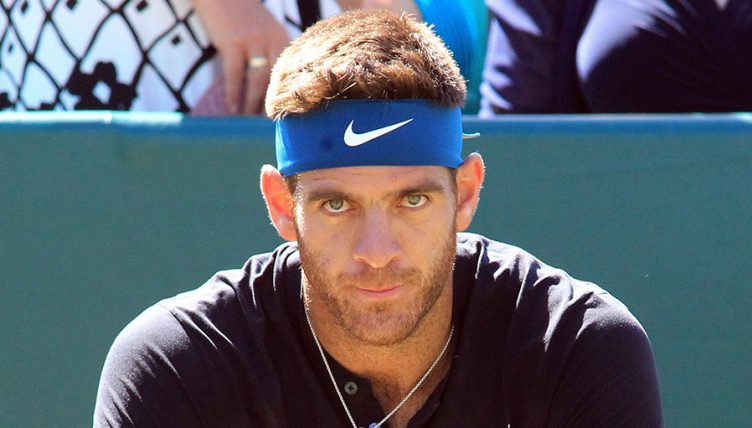 He has long been one of the most popular players on the ATP Tour and when you get a chance to spend time in the company of Argentine gentle giant Juan Martin del Potro, his humility and honesty shines through as he reflects on his remarkable career.

Tennis365 caught up with the former US Open champion in the player’s lounge at Queen’s Club ahead the Fever-Tree Championships and no subject was off limits for 30-year-old Del Potro, with part two of our chat to be published tomorrow:

All the talk in the UK has surrounded Andy Murray’s return to action at Queen’s Club and having fought back from so many injuries yourself, you must be pleased to see him back on court?
First of all, he has to be without pain and then everybody knows how good is Andy. He has the talent to come back, mentally to be good again and also he is one of the guys who can feel the tennis. He loves it so much. The fans and all the players are waiting to see him again because he is one of the best players in the game.

Did you fear we would never see Murray back on court again?
We thought it was the end of his career, but for some reason he is still fighting and trying to fix the hip problem. It is nice to see this kind of champion fighting to be in a tennis tournament. Everybody has problems in their life and the smarter people are the ones who knows how to find a solution to that problem. I think any is close to finding that solution.

Have you spoken to Andy about his fitness issues?
I have not spoken much to him. I know he has been doing all the treatments and all the effort to get ready to play again. I have been doing my own treatment with my knee and we will meet here for sure and we will talk. We have a good relationship. We talk about tennis, about injuries about soccer…..as I said it is fantastic for the fans to see him on court again.

How hard is it to deal with injuries and keep coming back?
It is not easy, but it is part of our job. Sometimes you feel well and you don’t win. Sometimes you have pain and you win. I had bad luck last year when I broke my patella in Shanghai. I was world No.3 and I was playing for big things at the end of the year. Now I am trying to come back and enjoy tennis again. The ranking doesn’t matter anymore for me. I just want to be healthy again because when I am 100 per-cent I know how dangerous my game is for the other guys.

Murray has also suggested rankings don’t matter anymore. Is it hard to get into the mindset when you able spent your whole career trying to climb up the rankings to get to the top?
Maybe it takes some adjustment, but it is fine. He has already won many Grand Slams, he was No.1. He has nothing to lose after a big problem in his hip. This is my point of view. If he plays a tennis match without pain, it will be even bigger than winning a tournament. That is what I feel.

How close were you to ending your career when your injury problems refused to go away?
I was close to quitting tennis right before the Olympic Games three years ago. Then I played a fantastic tournament in Rio. I got the silver medal and then we won the Davis Cup for the first time, I’ve made the final of the US Open and semis at the French Open. That’s happened after my injuries, so now I have nothing to lose. I have already achieved my goals with tennis. I got the love from the fans. People know how hard it is for me to come back after all the injuries. I am a lucky man to still be playing tennis with the top guys.

If you are more relaxed on court, does that make you more dangerous for your opponents?
Maybe. It depends how you feel because sometimes you feel you will never be the same player. It’s tough to deal with that. But if you are still motivated doing this, in the end you can enjoy the tennis life as I am doing now. I did not expect this after all my injuries. I got so much love from the fans. That love comes from my history and also for my level of tennis. The people know everything about my injuries, about my efforts to be here. It’s amazing to get that love.

The Fever-Tree Championships gets underway on Monday and tickets are available here – https://www.lta.org.uk/major-tennis-events/british-major-events/fever-tree-championships/tickets/