Juan Martin del Potro, the comeback king of tennis, not giving up on ATP Finals 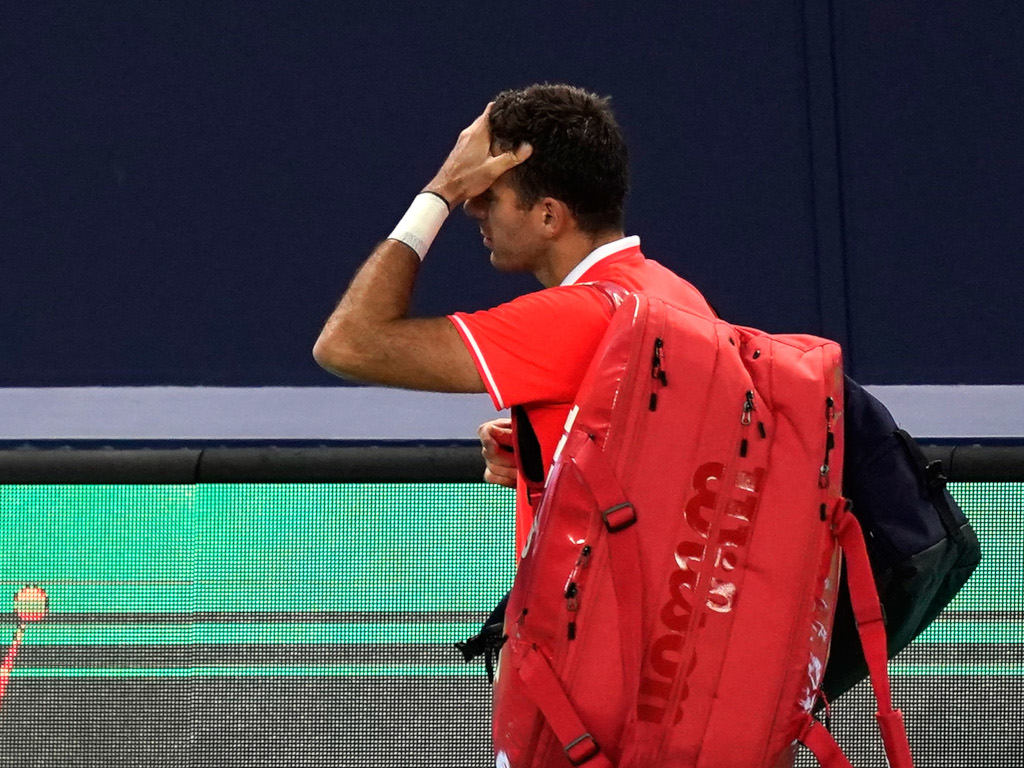 Following his injury at the Shanghai Masters where he suffered a fractured patella during his match-up with Borna Coric, Juan Martin del Potro now hopes to complete a miraculous recovery in time for the ATP World Tour Finals.

Per LA NACION, the 30-year-old has said he is determined to make the Finals in London, regardless of how slim his chances are, with the powerful baseline player seeking inspiration from his previous comebacks as he looks to end the season on a high.

Having had two major injury setbacks since he turned pro back in 2005, the 2009 US Open winner remains a formidable presence on the Tour and a popular figure among his peers.

The Argentine’s breakthrough year was in 2008 when he reached the top 10 of the ATP rankings for the first time in his career, following a string of incredible performances throughout the summer. His year didn’t get off to a good start however, several minor injuries hampered his playing time, his Grand Slam performances suffered subsequently, as he lost in the second round of Wimbledon and the French and Australian Opens, being forced to retire in the latter.

As the year progressed, so did the Argentine’s fortunes – he reached the quarter-finals of the US Open and his record-breaking singles run began. During the summer, he became the first player in ATP history to win his first four Tour titles in as many appearances.

2009 was Del Potro’s star year, capturing his first and only major title to date, beating Roger Federer in the Flushing Meadows final, the man who had won the last five editions of the tournament. He had also reached the semi-final of the French Open that year. 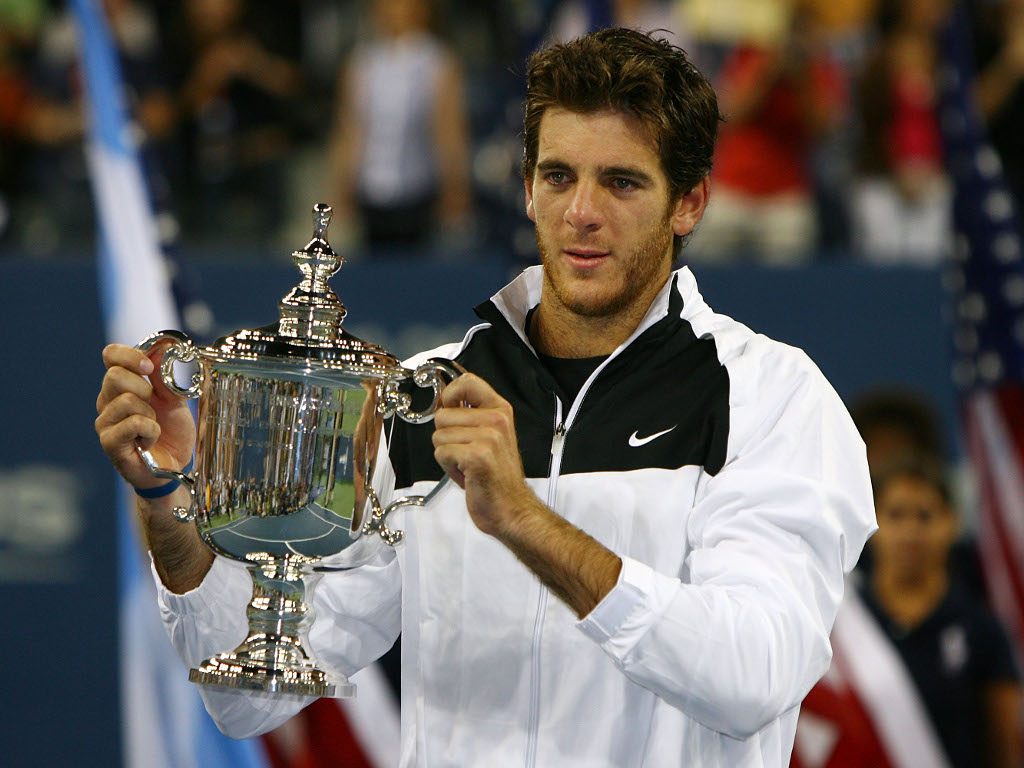 2010 was more of a struggle for the powerhouse, the phenomenal forearm he uses so effectively became his downfall, suffering tendinitis in his right-wrist which would require surgery, sidelining the South American for a substantial period. As a result of the injury, Del Potro would drop to down to the world No 484 ranking by February 2011.

Determined not to be kept down by his injury, he fought back and regained his top 10 status the following year after reaching the quarter-finals of the Australian Open for the second time in his career.

Del Potro then managed to keep his top 10 status for two years, before he suffered his second and more serious setback, injuring his left-wrist this time.

In February 2014 he was forced to retire in the Dubai Tennis Championships which would subsequently end the 6ft6 baseliner’s year. He returned for the Australian Open in 2015 despite existing wrist problems, but this would prove his downfall once again. After trying to play in the Miami Open in April, the Argentine struggled again and, following further surgery in June, would be out until early 2016. 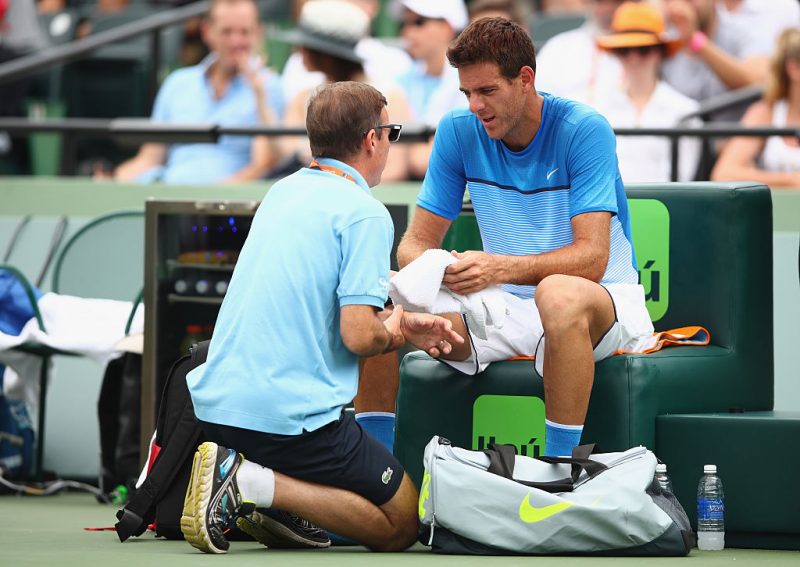 When he made his comeback, the former US Open champ was at a career-low 1045 in the rankings. Since then he has prospered as a player, recovering his best form and helping guide Argentina to their first ever Davis Cup win in 2016, Del Potro was back.

He continued his fightback and in January of this year, regaining a top 10 spot for the first time since 2014 and had completed his momentous comeback following a torrid period in the career. The gentle giant continued his surge as he won his maiden ATP Masters title when he lifted the Indian Wells trophy in March. That was followed by another glorious run at the US Open where he finished runner-up to Novak Djokovic.

He kept that form at the China Open as he was also a finalist, but then the injury curse struck again in Shanghai. However, you can’t keep a good man down and this desire to return for the Tour Finals all the more harrowing, as Del Potro refuses to give up hope of being in London.