Katie Swan eager to kick on after encouraging grass season 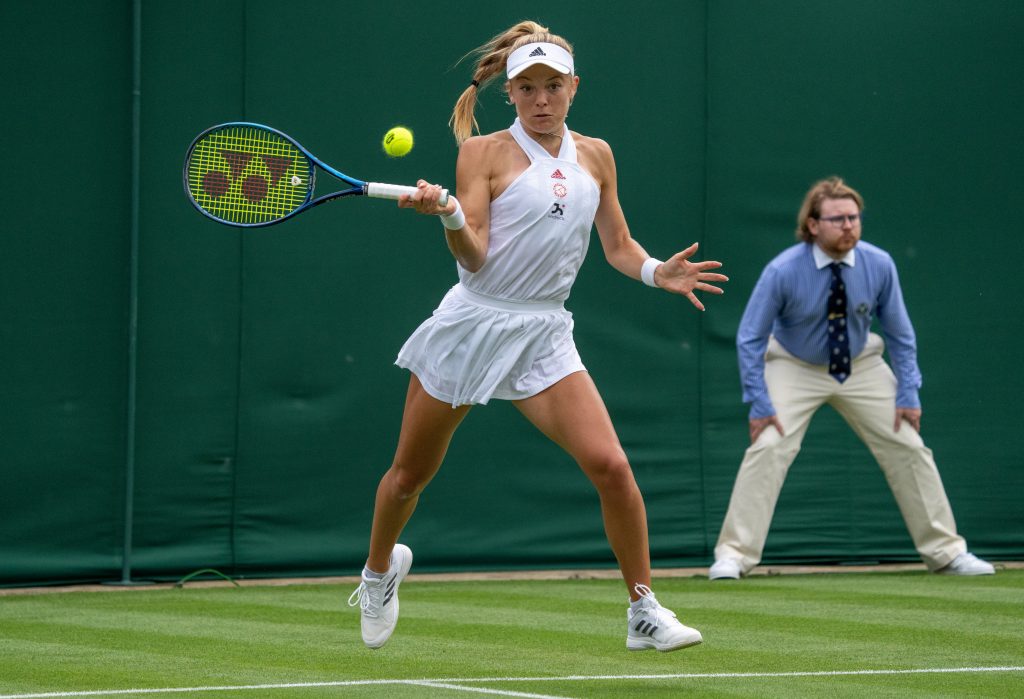 Britain’s Katie Swan believes her grass court season has given her the confidence to kick on and finish 2022 strongly.

Swan lost in the first round at Wimbledon but even that experience was a positive one according to the World No 210.

“I think the last few weeks especially has shown me I really have the level to keep pushing on and I’ve got some big goals and I’m just looking forward to what’s coming,” Swan told BBC Radio Bristol.

“Not just Wimbledon but a couple of weeks of grass tournaments that I was able to play I put in some good performances and was able to show that my game matched up with these top 100 players. I had a top 50 win as well, which was great,” she added.

“I think that match [against Kostyuk] was on my racquet to win. Unfortunately I didn’t come through but I learnt a lot from the match, I’ve been through it with my team quite a lot just taking the positives and things to improve and I really feel like it’s put me in a good place to continue for the rest of the year.”

The 23-year-old admits that her professional career hasn’t gone as smoothly as she might have hoped.

However, she has made some big changes and is confident that she can up her level on the WTA Tour.

“It’s not been an easy pro life for me, there’s been a lot of ups and downs for different reasons, a lot of injuries and stop-start,” she added.

“But I feel like in the last six months even just kind of creating my own team and programme around me, moving away from my parents, it’s a big commitment and I think just doing that has put me in a good place mentally.

“Just knowing that I’m taking control and ownership of my career.”

Swan is focused on improving her endurance which she feels is key to progression.

“I think the biggest goal for me is just staying on court longer, being able to sustain physically day-in day-out and playing matches back-to-back-to-back,” Swan said.

“I think I’ve shown quite a lot that I can compete at that level, it’s more sustaining it and physically being able to do it after a tough match, being able to wake up and do the same thing the next day with the goal of making it all the way to the end of the tournament.”