We assess Kevin Anderson’s season which, despite him being 32-years-old, can probably be described as a breakthrough.

Anderson had a brilliant and memorable run at Wimbledon, where he reached the final.

It was the second Grand Slam final of his career, although in truth it was more remembered for his durability rather than anything else.

The South African had two marathon matches in SW19, first against Roger Federer in the quarter-finals and then against John Isner in the semis.

He was quite soundly beaten in the final by Novak Djokovic, but fatigue unquestionably played a big part.

The other Slams were far less of a success, though. 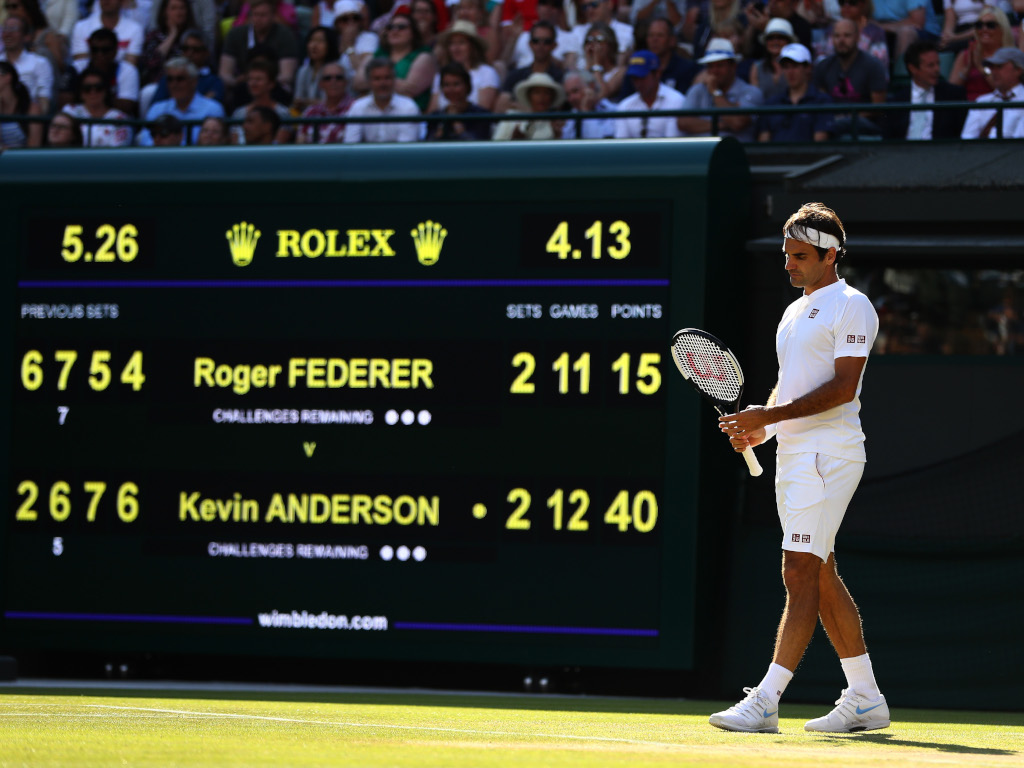 He was given a tough draw at the Australian Open, running into Kyle Edmund in the first round – and losing.

At the US Open and French Open, he couldn’t get past the round of 16.

That said, the ATP 500 Vienna was his highest ranking title of the two.

He did reach the semi-finals of Masters-level events in Madrid and Canada, and the quarter-finals at Indian Wells, Miami, and Shanghai, though.

His ATP Tour Finals performance, where he reached the last four, added into the mix, as well as finals in Acapulco and Pune, make it a very decent season for Anderson.

Consistency has probably been the biggest difference-maker for Anderson this season.

He won 71.2% of his matches, a statistic that only six other players on the ATP Tour can better.

He has gone deep into tournaments on a regular basis too, so you have to give the big man credit.

Anderson started the season ranked 14th in the world, so finishing it at number 6 is testament to the breakthrough campaign he has enjoyed.

Whether sixth in the world proves to be his ceiling or not, especially given the quality above him, remains to be one of the most intriguing questions of 2019.

Anderson has had a breakthrough season and you can’t deny it.

He didn’t manage to join the Grand Slam club, but he came close and found a greater level of consistency.

Did he overachieve? 2019 will answer that question in good time.