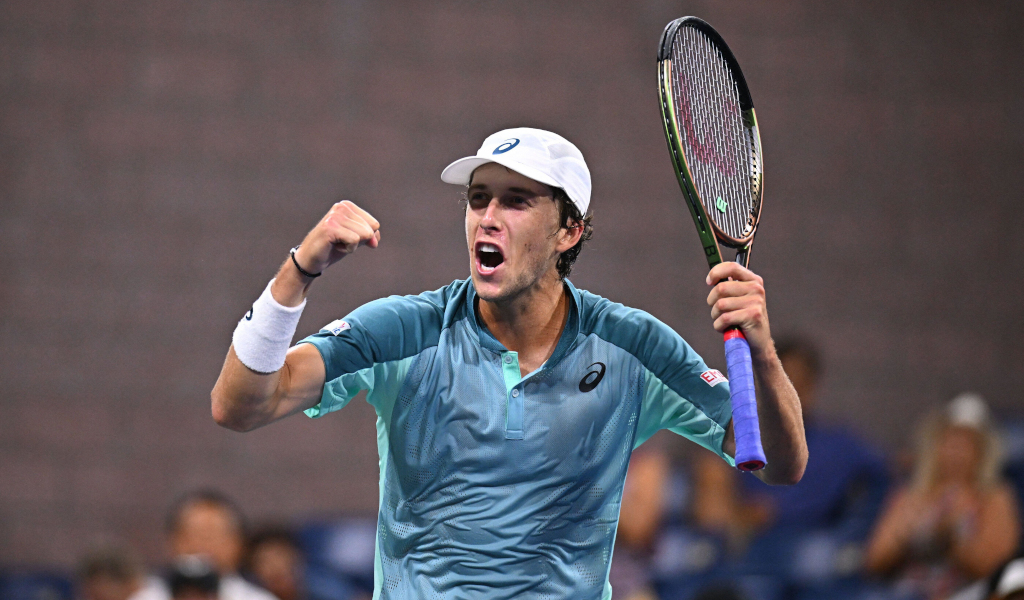 You are not wrong if you said they all appeared in the main draw of the 2022 US Open, but the answer we are looking for is that they are the children of former professional tennis players and in some cases, the offspring of Grand Slam winners.

The 24-year-old Holt is the son of former world No 1 and two-time US Open champion Tracy Austin and the American came through qualifying to secure his maiden appearance at a Grand Slam.

“He did it. He did it. He handled the moment. He handled the pressure. He won the third time in a row, didn’t have that letdown,” Austin told ATPTour.com after her son reached the main draw. “These are big wins for him. You’re just so happy that now he’s in the US Open. I still can’t believe it.”

Tracy Austin is covering her eyes and tearing up again. In his first Grand Slam match, her son Brandon Holt just upset the top-ranked American Taylor Fritz, one of the players of the season, in the first round of the US Open 6-7 (3), 7-6 (1), 6-3, 6-4

Fritz himself is following in famous footsteps as his mother is Kathy May, a former top 10 player who reached the quarter-final of the US Open in 1978.

“I was happy to be playing with him,” Holt said of Fritz on Tennis.com. “I’ve known him a long time. More than anything I think he’s been almost like someone I can look up to. He works really hard, has been doing really well, and is not shy to give advice and help me out when I wasn’t doing very well.”

Korda is the son of former world No 2 and 1998 Australian Open champion Petr Korda and the 20-year-old won his opener against Facunda Bagnis from Argentina and will face fellow American Tommy Paul in the second round.

Korda Sr was also the runner-up at the French Open in 1992 while his two daughters are also famous in their own right as Nelly Korda and Jessica Korda play on the LPGA and the former won the 2021 Women’s PGA Championship.

But back to Sebastian, the 20-year-old has already followed in his father’s footsteps, although at junior level, as he won the 2018 Australian Open boys’ title.

In an interview with WTA Insider earlier in August, was asked about being able to count on her mother for advice.

“It’s helped me a lot. There’s disadvantages and advantages, but what helps me is that I know that she knows how hard it is,” she said.

“She helps me just lift myself up. She’s always positive no matter what because she knows I’m trying my best. She knows everything in the court and off the court so it’s very easy to like talk to her about it.

“And if I say, like, I don’t want to practice, she’ll say don’t practice. She already built that in me that I know how much to push myself.”

Frenchman Rinderknech is the son of former professional player Virginie Paquet, who reached the second round of the French Open in 1986, and he came through a fourth setter against compatriot Quentin Halys.

The 27-year-old Rinderknech will be looking to go one better than his mother at Grand Slams this week as he is yet to make it past the second round, but he will have to produce one of his best performances as he is up against world No 1 Daniil Medvedev.

Fifth seed Casper Ruud is the son of Christian Ruud, who had a highest ranking of No 39 with his best performances at Grand Slams a fourth-round appearance at the Australian Open in 1997.

Casper, who finished runner-up at the French Open this year, beat Kyle Edmund in straight sets and he could become world No 1 if he wins the tournament and a few of his rivals fall early at Flushing Meadows.

Fourth seed Tsitispas was an early loser in New York as he was stunned by Daniel Galan in the first round on Monday. The Greek is the son of former world No 194 Julia Apostoli (Salnikova), who represented the Soviet Union and Greece in tennis.

Ben Shelton, who also lost in the first round, is the son of Bryan Shelton, a two-time singles title winner who had a career-high of No 55 in the rankings.

The 19-year-old Ben stunned Ruud in the second round of the Cincinnati Masters a fortnight ago.