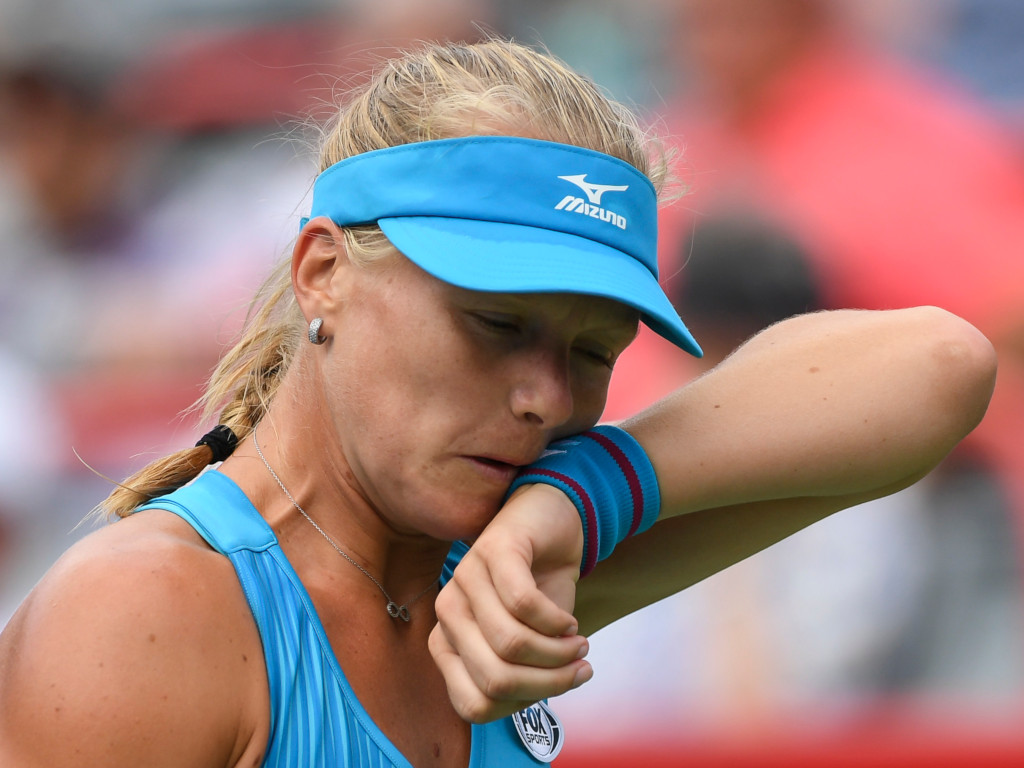 The Connecticut Open has suffered a double blow as Kiki Bertens and Johanna Konta pulled out of the event.

Both players withdrew due to a viral illness, organisers said on Tuesday.

Bertens pulled out only two days after she won the biggest title of her career when she beat world No Simona Halep in three sets in the Cincinnati Masters final.

“Unfortunately, I’m not able to play here this week in Connecticut,” the Dutchwoman, who took her WTA Tour singles trophy tally up to six with Sunday’s title, said in a Twitter video. “I’m really sorry for the fans but hopefully I’ll be back next year.”

Lucky loser Pauline Parmentier will replace her in the draw and the Frenchwoman faced Anett Kontaveit in the first round, but she went down 3-6, 6-2, 6-2 against the Estonian.

British No 1 Konta, the only Brit who has made the main draw of this year’s US Open, won her opening match in New Haven against Laura Siegemund on Monday, but withdrew ahead of her second-round clash against Carla Suarez Navarro.

Spaniard Suarez Navarro received a walkover win into the quarter-finals.

The US Open starts in Flushing Meadows on Monday August 27 and runs until Sunday September 9.