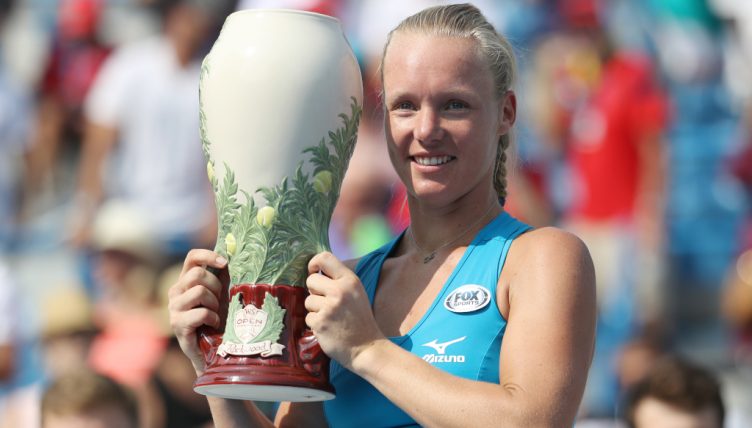 It is Bertens’ first-ever victory over a World No. 1 and her first hardcourt title! pic.twitter.com/6ml1jh7tmr

Halep, who was looking to become the first woman since 1973 to win the Rogers Cup-Cincinnati Masters double, was quick out of the blocks as she broke in the first game and again in game seven to take the opening set.

Bertens finally got going in the second set as she broke in game four, but three games later and Halep returned the favour and it went to the tie-breaker.

Although the Romanian had the early upper hand, Bertens bounced back and then took the tie-breaker it to take the match to a decider.

The world No 1 then collapsed in the third set as the Dutchwoman broke in games one and seven, and then served it out as she secured the biggest title of her career.

“I think I didn’t have really a good time to get nervous, because I was just so tired,” Bertens. “I think it was such a tough match, and after winning that second set I knew, like, anything is still possible.”

She added: “Winning a title like this, my first hard-court title, and then against No 1 of the world, getting my career high on Monday. I don’t know. It’s just coming everything together, I guess.”