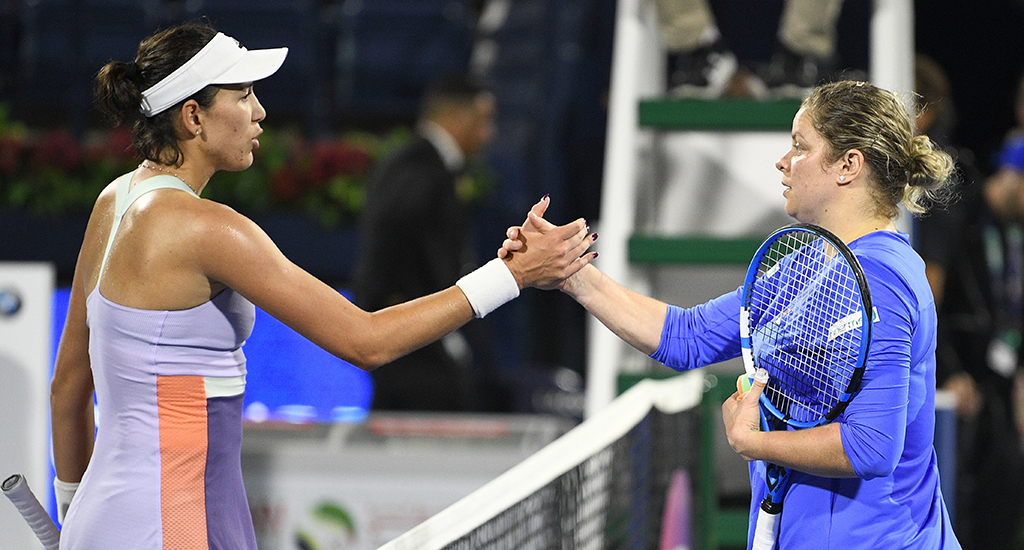 Recent Australian Open finalist Garbine Muguruza was in no mood for charity as she defeated Kim Clijsters on her return to the WTA Tour.

The 36-year-old former world number one was playing her first match for eight years, but wasn’t able to make it a winning return at the Dubai Duty Free Tennis Championships.

It was Clijsters’ second comeback, having spent two years out of the game from 2007 to 2009, but came up just short despite battling well after an understandably slow start, eventually being beaten 6-2 7-6 (6) in an hour and 37 minutes.

Muguruza, who progressed, told wtatennis.com: “I think this is just special because I didn’t know how (Clijsters was) going to play.

“I know she can play incredible. She did at some point play at an incredible level. Just the special feeling.

“I haven’t seen her play in so long, so it’s like, ‘OK, what’s going to happen?’ I’m sure she’s going to get better and better, for sure, give us a lot of trouble.”

Clijsters said: “I had a good feeling out there. I do feel a little bit of – I’m not going to say relief, but a feeling of the pace I can handle.”

Her fellow Belgian Elise Mertens did make it through to the last 16 with a 6-3 6-0 win over Wang Qiang of China.

That match only lasted an hour and two minutes and Marketa Vondrousova’s 6-3 6-2 victory over Anastasija Sevastova was just seven minutes longer.

Barbora Strycova and American Amanda Anisimova were involved in a titanic battle, which lasted two hours and 33 minutes.

Czech player Strycova won the first set 7-6 (3) but was pegged back 6-2 in the second and it forced a decider.

Strycova would go on to triumph, taking the final set 6-4, and was joined in the next round by Ons Jabeur, who also needed three sets to get the better of Alison Riske.