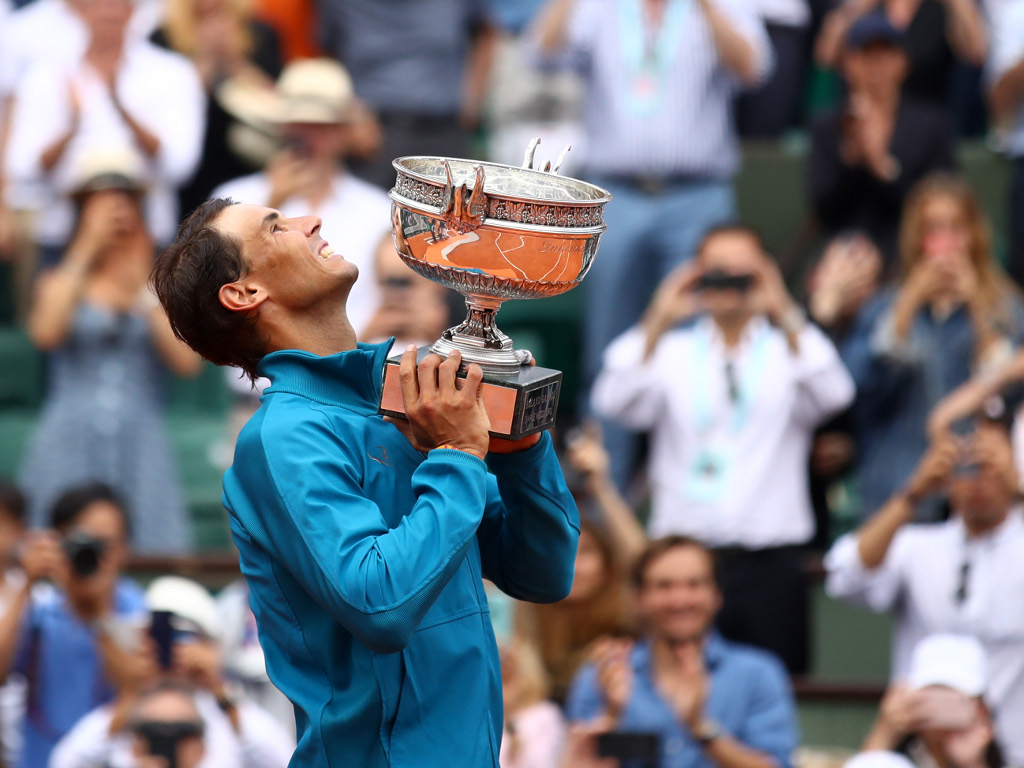 The defending champion came to play in the 2018 French Open final and he was out of the blocks pretty quickly and never relinquished the advantaged as he won 6-4, 6-3, 6-2 in two hours and 43 minutes.

The Spaniard was up 2-0 after breaking the Austrian in the second game, but Thiem hit back immediately to get it back on serve.

Although he fashioned a couple of break points in Nadal’s next service game, Thiem started to leak unforced errors and the relentless pressure from the world No 1 eventually told as he got the crucial break in game 10.

Another break in the second game of the second set was enough for Nadal to make it two sets to love inside the two-hour mark.

It was a similar story in the third set as he broke Thiem to go 2-1, but out of nowhere he developed a problem with his left hand and he called for the trainer. The strapping was removed from his arm, but he continued and made it 3-1.

The Spaniard then got an insurance policy as he got a second break in the seventh game and it wasn’t too long before he had three match points on his own serve.

Thiem saved all three as well as a fourth, but Nadal eventually got the job done on his fifth match point.

His victory just further cemented his place as the King of Clay while he also moved onto 17 Grand Slam titles, three behind all-time leader Roger Federer.