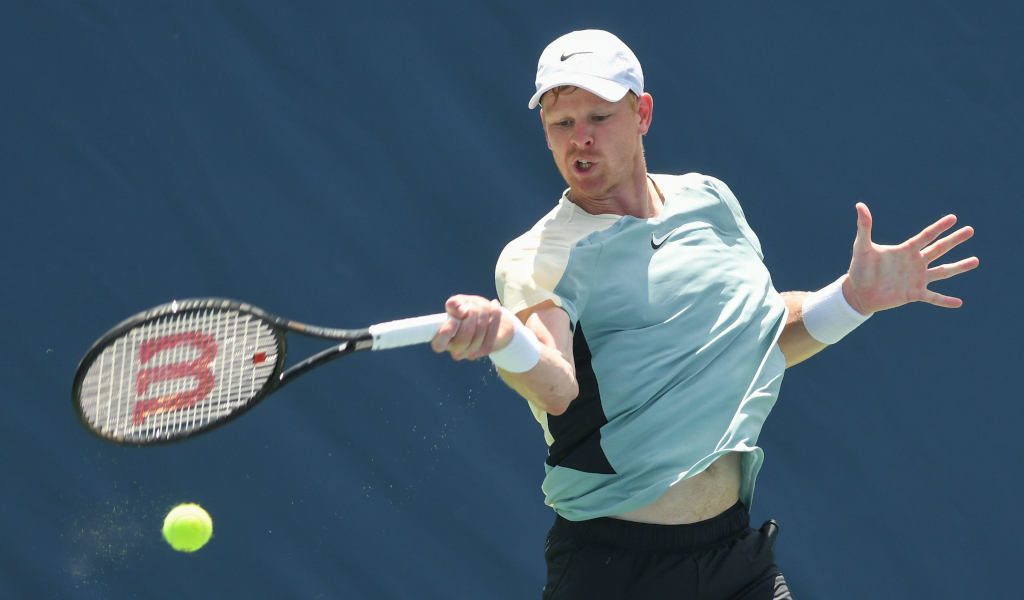 The two years have been an injury nightmare for Kyle Edmund and he had his doubts over whether or not he would ever return to action, but on Monday he finally got that winning feeling again on the ATP Tour as he won his first-round match at the Citi Open.

Playing in his first top-level singles match since October 2020, the former British No 1 produced a solid display to defeat qualifier Yosuke Watanuki 6-4, 7-6 (10-8) in just over two hours.

Edmund, who played mixed doubles at Wimbledon to help him ease back into the game, had admitted in the lead-up to the match that had considered retiring earlier this year after undergoing three knee operations, but he will be pleased that he didn’t follow through on his thoughts.

After missing out on a break point opportunity in game four, Edmund then had to battle to hold serve himself in an extended game five that went to deuce eight times before he held.

His reward came in game 10 as he broke Watanuki to take the opening set.

But his joy was short-lived as the Japanese player drew first blood in the second set with a break in the opening game. It looked like it would go to a decider when Watanuki had two break points in game seven, but Edmund held firm.

The Brit then broke in the next game as it went to a tie-breaker. Watanuki saved the first two match points – one on the Edmund serve – but the former Australian Open semi-finalist got the job done at the third time of asking.

“It’s extremely rewarding to be back here,” Edmund, whose last ATP Tour win was at the 2020 US Open, said.

“Practicing with all the players, feeling the tournament intensity again and the routines that go with it… For so long, I was just wanting to get back for the love of the game. So right now, I’m just grateful I’m back playing tennis. I’m enjoying being here.”

He added: “I’m getting better, but it’s still so early on.

“This is how you build momentum- getting through matches when maybe you’re not quite at your best. But just being back playing in these types of atmospheres and feeling pressure- I didn’t have that for 20 months- so, it’s nice to feel it again.”

Up next is Dan Evans, who had a bye in the first round, in an all-British clash.

British youngster Jack Draper also booked his place in the second round as the world No 81 beat American wildcard Stefan Kozlov 7-5, 7-2 and his reward is a clash against top seed Andrey Rublev.