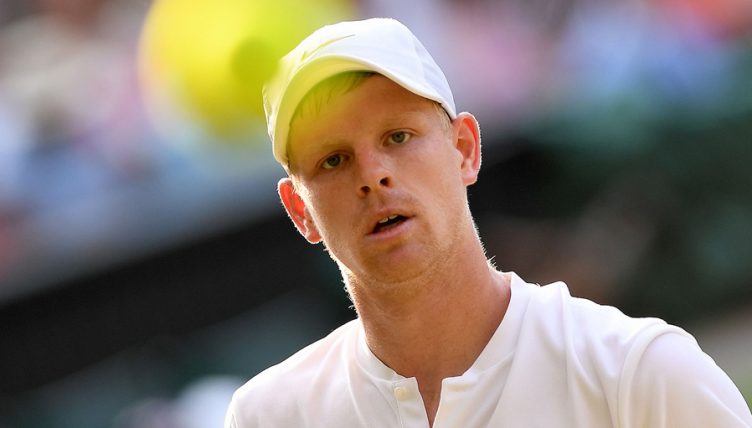 Kyle Edmund says he has plenty of reasons for encouragement despite his Wimbledon exit.

The British number one was defeated by Novak Djokovic on Saturday to end any hopes of a British singles champion in 2018, but he insists his development is definitely trending in the right direction,.

“If you think back to 12 months ago, where it was then and where it is now, there have been really good improvements,” he said.

“My movement on grass has been a lot better. It’s been a constant learning process. I think overall it’s been the case with me that I’m getting slightly better on the grass every year.

“The losses that I’ve had, it’s always good to learn from in each of the tournaments. I guess the good thing is that [my game is] better and there’s still room to improve.

“This year I’ve returned better on grass. Obviously serving overall, on every surface, has been better this year. When you’re serving well on a grass court, it’s good.

“It’s really hard to say definitely what I’d like to do better because it’s very small margins. Even the stuff that I’m doing well, you always try and get better. I’m moving a lot better on the grass this year, but I can be even better.

“It’s one of those things with grass. There’s now 12 months to wait till the next time [we play on it]. You have to remember and think back to how the season was last year. You think: ‘Oh, yeah, I did that better, I could have done that, I’ll try to improve that this season.’ But overall I think I’m happy with the way it’s gone.”