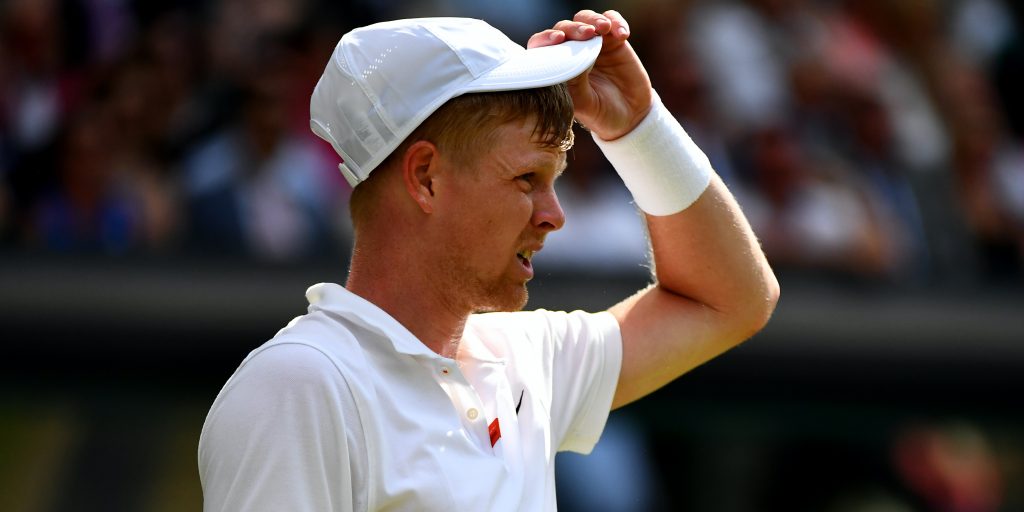 Kyle Edmund is preparing to take part in an ATP Tour event for the first time since October 2020.

Edmund’s return comes after he was sidelined by a knee problem which has since been identified as a lifelong condition.

A former top 20 star, Edmund, made a brief return to elite competition at Wimbledon.

He played in the Mixed doubles event alongside Olivia Nicholls but the duo lost in the first round.

The outing at SW19 was the first time Edmund has played a professional match for 18 months and was a huge step forward for the Brit.

During his extended injury absence, Edmund first underwent knee surgery at the end of 2020 in a bid to treat the persistent pain.

Edmund has since experienced setback after setback and seen his return delayed time and again.

His most recent setback occurred earlier this year when he had to undergo another minor procedure during the grass court swing when he had been set to return.

In total, Edmund has gone under the knife three times but retains hopes of getting back to his best.

“It’s not an injury that heals by itself, and there is no straightforward procedure to have. It’s just something that’s now part of my life. I have just accepted that,” Kyle Edmund said.

“I will constantly be dealing with it. It’s not like now that I’ve had three ops it’s all fixed.

“But I’m happy where I’m at and I can enjoy playing now and just wake up and be a tennis player rather than a professional rehabber, which was what I was feeling for a long time.”

Edmund has entered into the play the Washington Open on the basis of a protected ranking.

The ATP 500 event gets underway during the first week of August. However, before that, Edmund will begin his return to singles competition on the lower-level Challenger Tour.

Edmund gets back on the court in the qualifying draw in Winnipeg this weekend. He hasn’t played a Challenger event since winning the Indian Wells 125 tournament back in 2019.

“It’s easy to feel sorry for yourself so, when you do have bad days, you nip it in the bud and you address it. It’s not the end of the world. I’m confident that I’ll get back. I still have years ahead of me and time to play.” He said.

Edmund has been ranked as high as 14th in the world and won two Tour titles and reached the last four of a Grand Slam.

Edmund, who is only the sixth Brit in the Open Era to reach the last four of a major event, is currently ranked 497th in the world after his time away from the game.