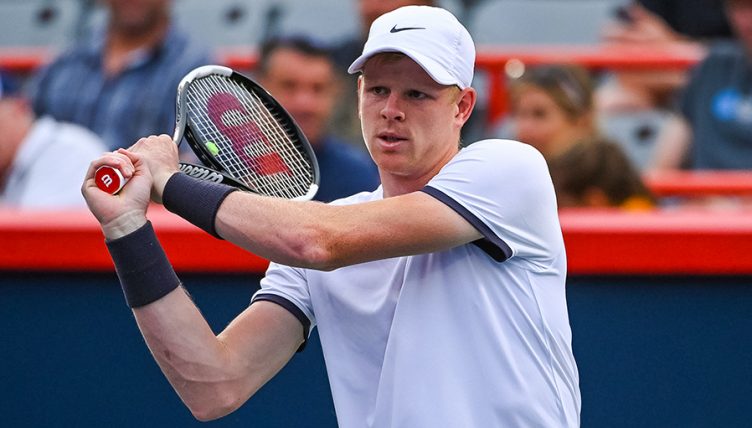 British No 2 Kyle Edmund is relishing the prospect of international competition after a ruthless 6-2, 6-1 victory over Jan Choinski at the Battle of the Brits tournament in Roehampton.

World No 44 Edmund showed no mercy to a player ranked almost 300 places below him, breaking Choinski four times and making just eight unforced errors en route to a comfortable win.

“I feel like each day and each match I’ve slowly improved, so that’s been really good”

“I think I made it difficult for him, I was playing well and when someone is playing well it’s not easy – I’ve been on the receiving end (of that),” Edmund told the BBC.

“I just found my rhythm from the start and was very relaxed with the conditions, how I needed to play, what worked for me and that was really nice.

“There were a couple of tricky moments and at 3-1 I had to save a break point, but once I broke in the second game of the second set that was it really.”

Edmund will now head to the United States to prepare for the US Open which is scheduled to begin on August 31, adding: “I want to get on the road again. The tournaments are scheduled so I hope that it stays that way and we can play some competitive tennis.

“This week has been nice as it’s probably the first time in a long time I’ve actually played some matches outdoors since Acapulco (the Mexican Open in late February). I feel like each day I’ve slowly improved so that’s been really good.

“It’s different conditions out in America of course but it’s nice to just get on the match court really.”