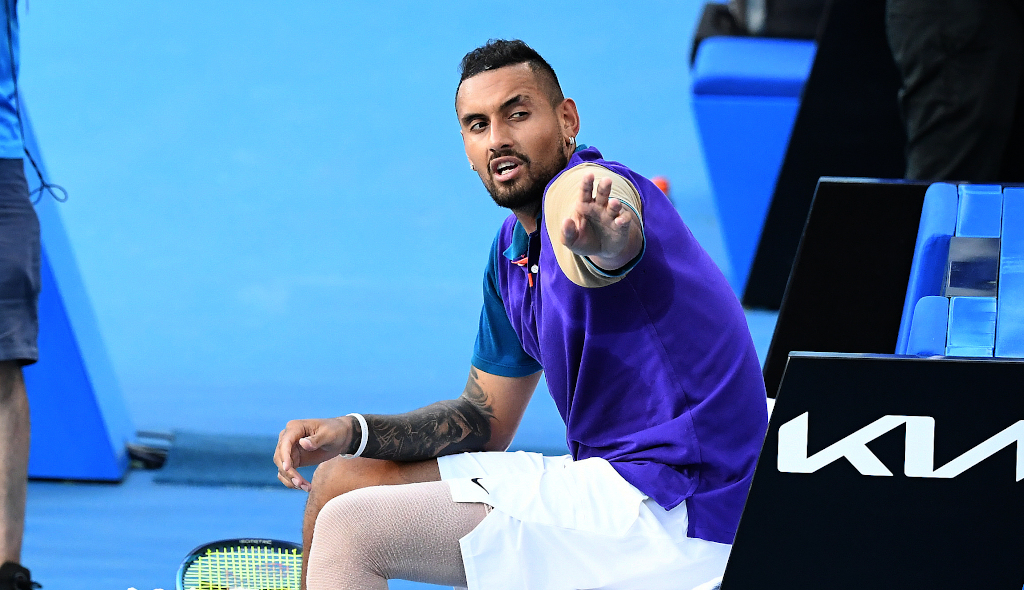 Nick Kyrgios has continued his war of words with Novak Djokovic, after suggesting he ‘doesn’t need to take advice from someone who’s partying with his shirt off during a global pandemic’.

The controversial Aussie returned to action for the first time in a year as he beat beat Frederico Ferreira Silva in straight sets on John Cain Arena in the first round of the Australian Open, but he couldn’t resist a few more verbal jabs in the direction of world No.1 Djokovic.

Kyrgios was highly critical of Djokovic after he arrange as tennis tour at the start of the Covid-19 pandemic last summer, with the ill-conceived event cancelled after a host of players and their support staff contracted the disease.

Kyrgios took to Twitter to describe Djokovic and all who took part in the tournaments that also included post match partying in packed nightclubs as ‘tools’.

That inspired Djokovic to hit back at him last week as he stated: “My respect goes to him for the tennis he’s playing. I think he is a very talented guy. He has got a big game. He has proven that he has a quality to beat any player really in the world in the past.

“Off the court, I don’t have much respect for him, to be honest. That’s where I’ll close it. I really don’t have any further comments for him, his own comments for me or anything else he’s trying to do.” 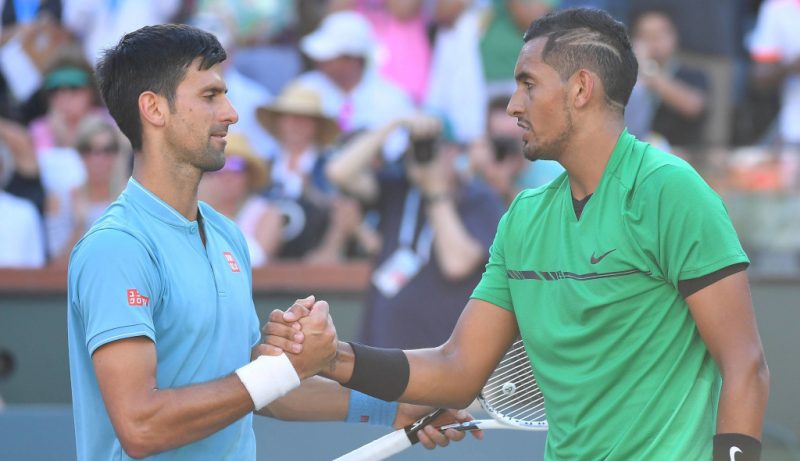 Kyrgios was always likely to bite back at this comments and he did so after his match in Melbourne on Monday.

“It’s a strange one for me,” he said. “I read his comments. He said he doesn’t respect me off the court. I’m like, it actually would make complete sense to me if he was like, ‘I don’t respect the guy on the court’, because I understand if he doesn’t agree with some of my antics on the court that I’ve done in the past.

“When we’ve played matches, I think I’ve been pretty good towards him. I’m not quite sure how you can’t respect me off the court.”

Kyrgios went on to to suggest his behaviour during the pandemic suggests he deserves more respect than he has been given by Djokovic.

“I was extremely careful about what I was doing – I didn’t want to spread the virus to anyone. Now, I’m actually trying to donate meal kits to people who need food. I have a foundation.

“So it’s very strange to me why he would say he doesn’t respect me off the court – I actually do a lot off the court.

“But he’s a very strange cat, Novak is. A heck of a tennis player but unfortunately someone who’s partying with his shirt off during a global pandemic, I don’t know if I can take any slack from that man. That’s as bad as it gets for me.”