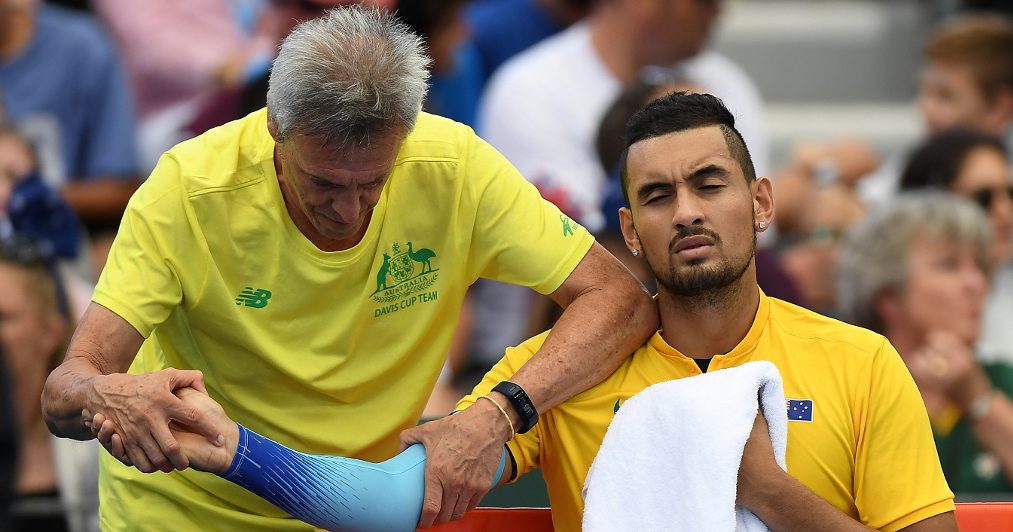 Nick Kyrgios says he would have given up his Brisbane title if it meant Australia beat Germany to a quarterfinal berth in the Davis Cup.

Germany led 2-1 in the weekend’s tie with Kyrios needing to beat Alexander Zverev to level the score.

“I would have given up my Brisbane title to win this tie,” said a disappointed Kyrgios.

“I ultimately had a good summer but it’s tough to think about all that stuff when I’ve lost today.

“I had one eye on this Davis Cup tie throughout the whole summer, it just leaves a bitter taste after the summer I had.”

The 22–year-old required treatment on his elbow during the match, which lasted just one hour and 48 minutes.

“I don’t know (what is wrong with elbow). I will probably take a week off now, try and get it better.

“My serve is my biggest strength, he played great and served well but my biggest weapon was not really there and it affects the rest of my game.

“It’s just tough to go out there and not be able to put in your best performance – it sucks.”