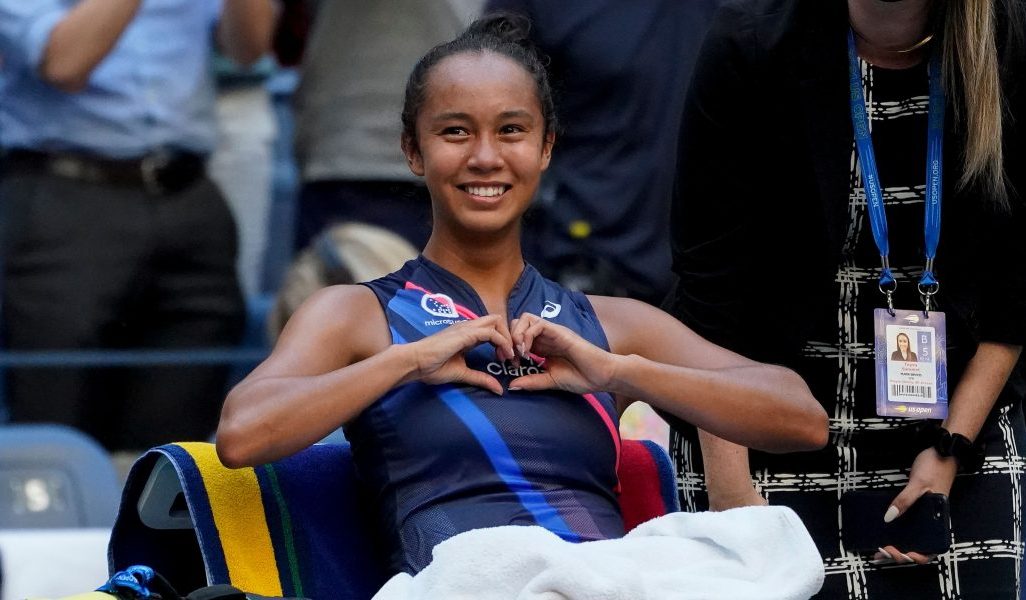 She won’t divulge details about their conversation, but Leylah Fernandez has revealed she recently met with “amazing person” Maria Sharapova, who gave her great advice.

Rising star Fernandez made the world sit up and take note of her talent at the US Open in September where she finished runner-up to fellow teenager Emma Raducanu.

Two days after the final, the 19-year-old Canadian attended the Met Gala in New York and she got the chance to speak to five-time Grand Slam winner and former world No 1 Sharapova.

“She gave me some pretty good advice,” Fernandez said. “I don’t want to disclose any of it because it’s very personal for me.

“She’s an amazing person. She told me her own experience and the way that she was able to bounce back and she’s just a great person, great inspiration to kind of look up to.”

The Canadian has had a whirlwind few weeks as she went from a relatively unknown player to attending one of the biggest fashion events in the world.

“That was definitely an experience to get ready, to put on the makeup, get the hair done, putting on the heels for the very first time,” she said.

“It was a little hard to walk on at first. The one thing on my mind going up the stairs in the Met was don’t fall down. Just walk one foot in front of the other.”

However, she will finally return to action this week as she will take part in the BNP Paribas Open in Indian Wells. The 23rd seed will face either qualifier Elena-Gabriela Ruse or Alize Cornet in the second round.

“I’m very lucky to have a great team around me to just let me focus on my craft, on my tennis, and not be overwhelmed with everything that’s going right now,” said Fernandez.

“Honestly I just can’t wait to be back on the tennis court competing again.”