Life at the top a lot harder for Grigor Dimitrov 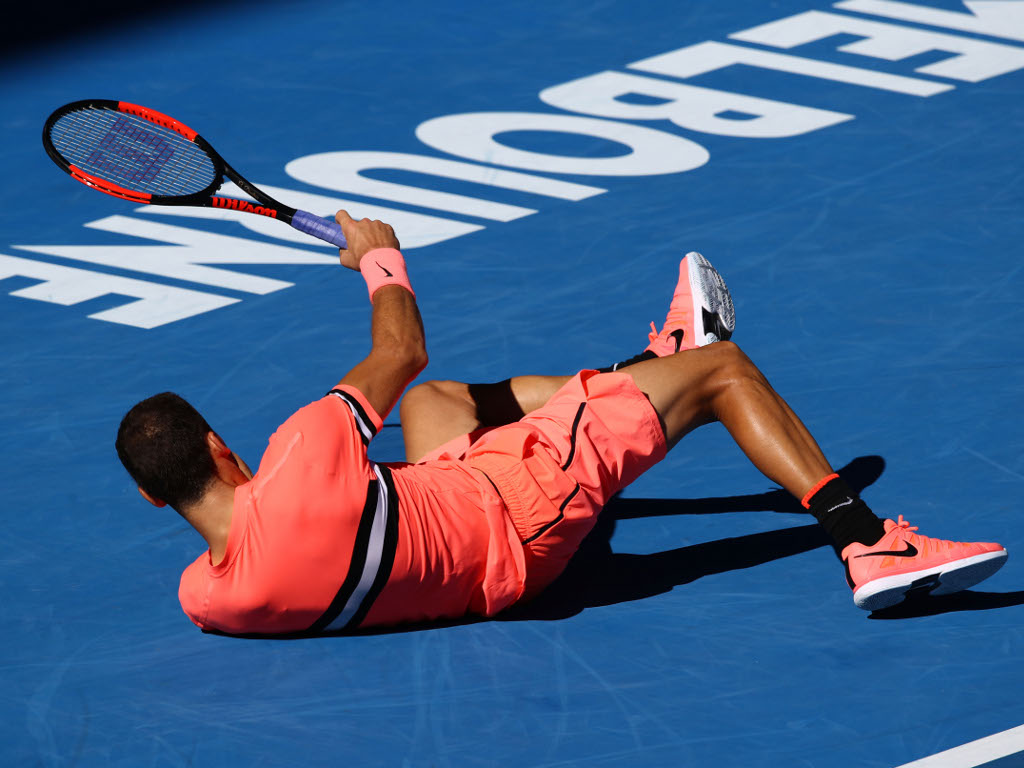 Grigor Dimitrov’s hopes of breaking his Grand Slam drought continue, and he admits that when you are one of the favourites “it gets harder”.

After winning the ATP Tour Finals title at the end of 2017, many predicted the Bulgarian would kick on this year and win his first major. Some even suggested he may well upset the likes of Rafael Nadal and Roger Federer and win the Australian Open.

However, he came up well short as he suffered a shock quarter-final defeat at the hands of the unseeded Kyle Edmund from Great Britain.

The third-seeded Dimitrov, who was beaten in four sets, admits life at the top is difficult.

“In order for me to be a top three guy or chase number one one day, this is what I have to do year in and year out,” he said. “This is my first year I’ve done something like this.

“At least I know what it is. I’ve gone through the way now. At the same time, I still need to push and see where the limits are. For sure once you get to the top, everything becomes more narrow. You have a bigger target on your back.

“Everybody wants to beat you. Everybody plays better matches against you. So, yeah, it gets harder.”

Dimitrov came through a gripping fourth-round encounter against Australian Nick Kyrgios that lasted three hours and 26 minutes, but he admits he couldn’t find the same intensity against Edmund.

“Against Nick, for sure, you played the crowd, you played him, you played your own expectations. There’s a lot of components that come into the game,” he said.

“I was at least happy I found the way (to the quarter-finals). Doesn’t matter how fit I am, I think mentally I was just a little bit tired. With each match, you’re draining up.

“You try things the next day to kind of get better, get into a better shape, in a better head space.

“Today was just one of those days that I just couldn’t find a way. Simple as that. You have days like that.”