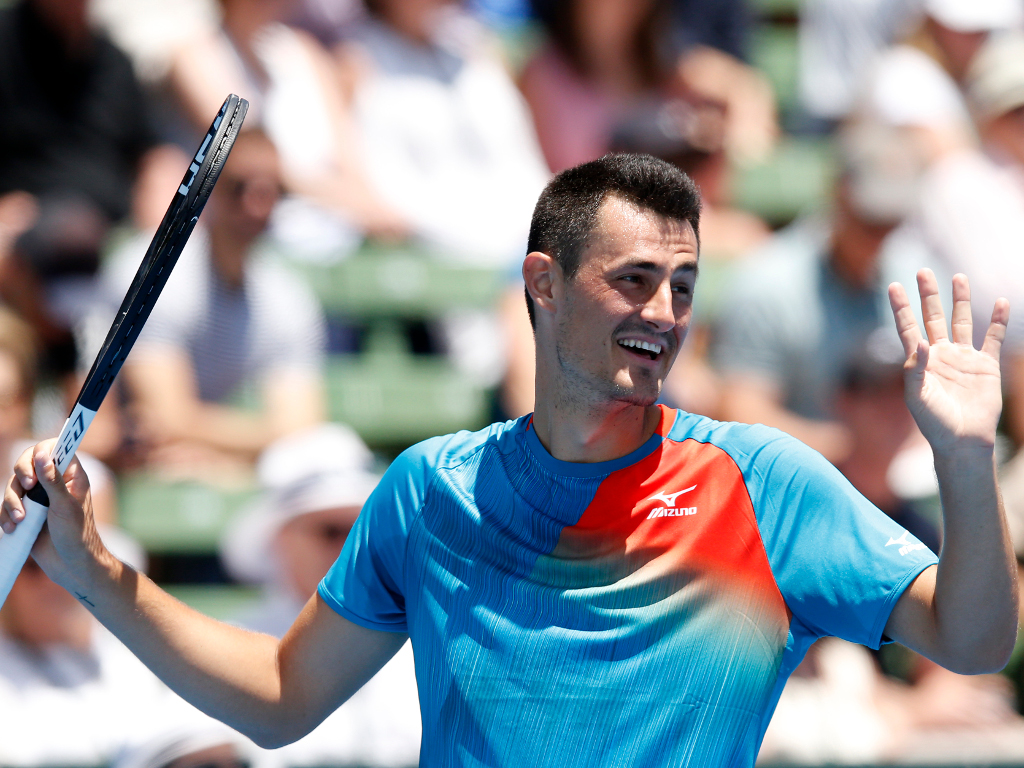 Never one to exit quietly, Bernard Tomic launched a scathing attack on Lleyton Hewitt, accusing the Davis Cup captain of causing a rift amongst the Australian players.

Crashing out of the Australian Open on Monday, out of the blue Tomic rounded on Hewitt

“No one likes him any more,” said Australia’s bad boy of tennis.

“We have a lot of issues that not a lot of players are happy about.

“We all know who those players are. Myself, (Thanasi) Kokkinakis, (Nick) Kyrgios.”

Like Tomic, neither Kyrgios nor Kokkinakis were selected for the Australian Davis Cup team with Hewitt instead calling up Alexei Popyrin, Marc Polmans and Alex Bolt

“All these guys that got wildcards are under a system… Polmans, Bolty, Jordan Thompson.

“They’re all under his Lleyton’s wing under the management company. It’s all conflict of interest.

“And then he’s in Davis Cup and he’s doing the wrong thing and everyone’s leaving.

“Lleyton’s legacy and his tennis speaks for itself. He’s an unbelievable champion. But what he’s doing now is wrong.

“I hope he gets moved and we can go back to having a good captain.”

Hewitt has laughed off the World No88’s comments

“I had a bit of a laugh actually,” the former World No1 told Channel Nine.

“It’s kind of Bernie being Bernie, especially after a loss last night and going in and complaining about a few things.

“So, for me, I kind of just laugh it off and move forward.”

Hewitt also put to rest talk of a rift, saying he is speaking with Kyrgios and Kokkinakis and will continue to do so after their Australian Open tournament.

“There is always communication going on between the captain, coaches and players, and leading into the next tie that will all happen.

“For me, I love being a part and helping the Australian players as much as possible.”