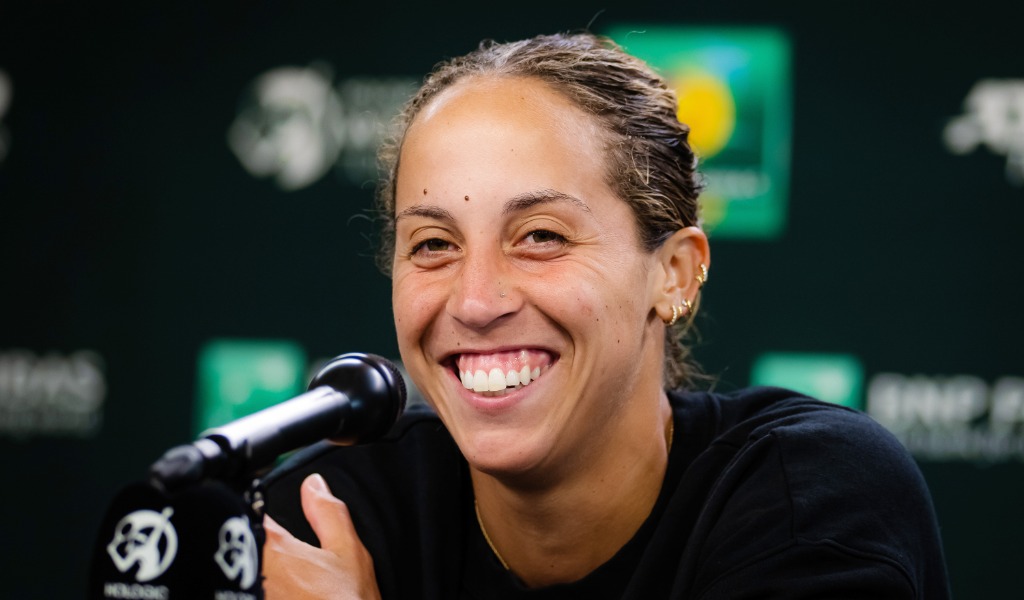 Madison Keys isn’t only just a world No 22 in tennis, but she is also a Founding Champion of the non-profit organisation called Kindness Wins which was created in 2020 to spread kindness around the world.

As part of her role at the organisation, the American gives out awards to inspirational people and on Saturday she gave out a Medal of Kindness award to a junior tennis advocate and Community Program Development Manager at the United States Tennis Association, April Gift.

Gift is responsible for coordinating tennis scholarships in the Junior Team Tennis programs and is dubbed the “Pied Piper” of tennis by her colleagues and friends at the Charleston Open.

“I was so touched when I learned how much April does for the tennis community of Charleston, specifically all the time and effort she puts into outreach for juniors,” Keys explained.

“She works tirelessly to get more young people playing the sport which is not only great for tennis but also great for the kids to get out and have fun doing something new.

“The Medal of Kindness is all about honouring those who do so much out of the goodness of their hearts, and that’s exactly what April does.”

This is the fourth medal that Keys has handed out so far this year as part of Kindness Wins and just two weeks ago she gave the Miami Open Tournament Director James Blake an award for his cancer research and for championing equality.

The 27-year-old isn’t alone in being a champion of Kindness Wins as two time Olympic gold medallist alpine skier Mikaela Shiffrin and multi-sport Paralympian Oksana Masters are also part of the organisation.

Keys herself took part in the Charleston Open last week, however she was knocked out after she was beaten by eventual winner Belinda Bencic in the round of 16.