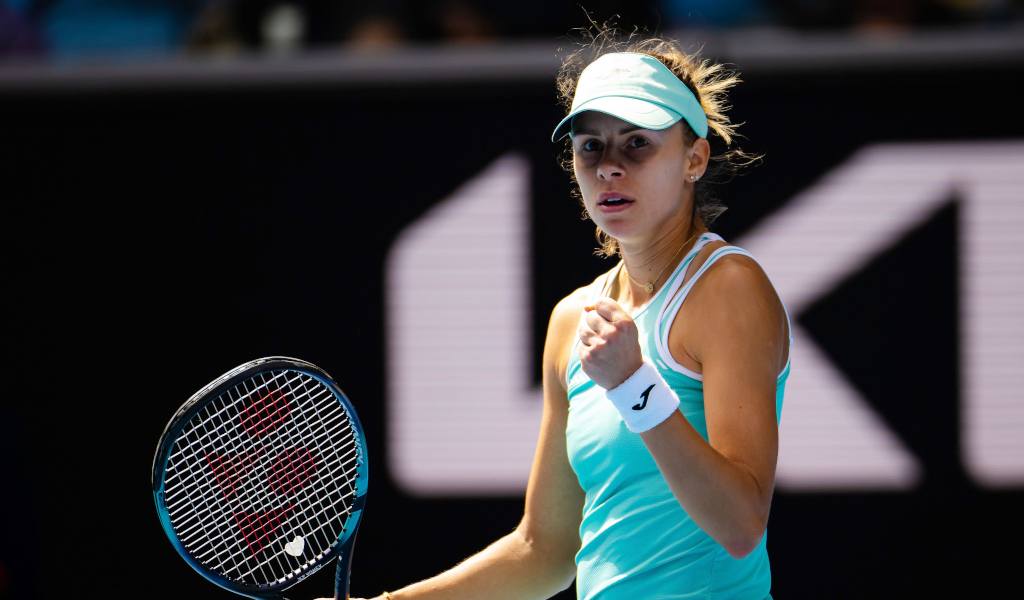 First she reached the second week of a Grand Slam for the first time and now Magda Linette is into her first major quarter-final after upsetting Caroline Garcia at the Australian Open.

Before her run at the 2023 season-opening Grand Slam, Linette’s best performances at the big four tournaments were six third-appearances, but now she finds herself two wins away from a final.

And she did it the hard way on Monday as she found herself behind early on against WTA Finals champion Garcia before pulling away to win 7-6 (7-3), 6-4 in one hour and 57 minutes.

She will face former world No 1 Karolina Pliskova for a place in the semi-final.

The Pole was staring down the barrel as she found herself 3-0 down in the opening set after Garcia broke twice, but she hit back with breaks in games four and 10 before edging the tie-breaker.

Garcia saved a break point in game one of the second set and three more in game seven as Linette dominated, but the pressure eventually told as the world No 45 broke in game nine before serving it out.

“I don’t really believe it,” the 30-year-old said during her on-court interview. “I still can’t believe it really. I don’t know what happened.

“I’m speechless really. I don’t know what to say. I don’t want to say I expected it because coming on the court I was confident in how well I’m playing, but obviously she’s such an amazing opponent. Such a tough woman especially on the big stage.

“I knew it was going to be super tough and I’m just glad I stayed composed throughout the whole first set and managed to come back again.”

Pliskova booked her place in the last eight with a 6-0, 6-4 win over Zhang Shuai and the winner of the Pliskova-Linette clash will face either fifth seed Aryna Sabalenka or Donna Vekic in the semi-final.

Czech Pliskova is coming off a disappointing 2022 season as she slipped down the WTA Rankings due to poor form and injury.

The 30-year-old hopes she is turned the corner with her run at Melbourne Park.

“Last year was tough, especially missing Australia, which is my favourite country and my favourite tournament to play,” the world No 31 said.

“It was difficult to get back into shape, but I’m happy that I’m competing back at the level I want to be.

“It’s always great to be in the second week of a Slam and hopefully I can stay a bit longer.”