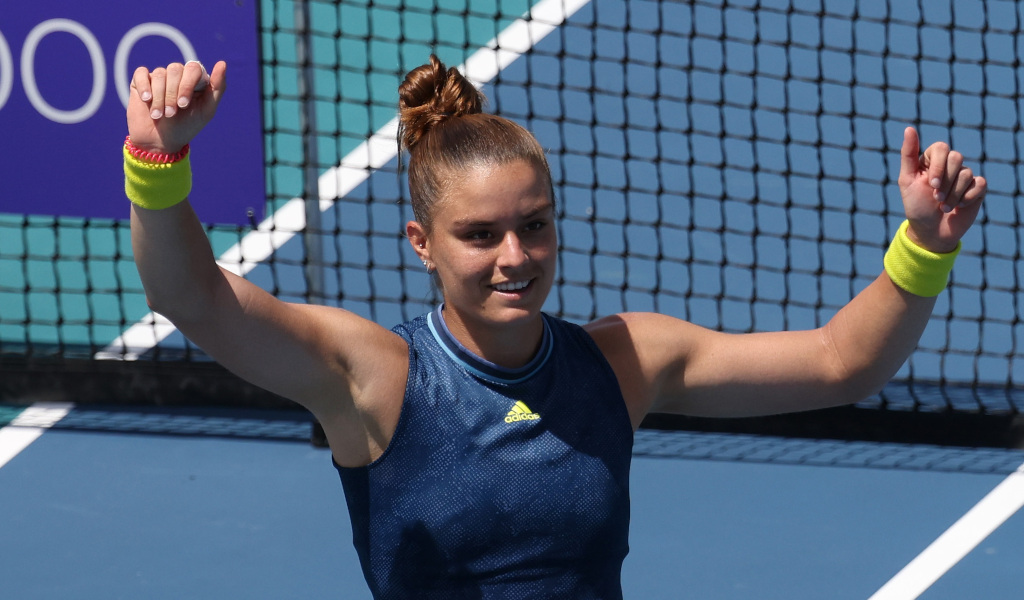 Maria Sakkari executed her strategy to perfection to sensationally dump Naomi Osaka out of Miami Open with a straight-set win in the quarter-final.

Having won 23 consecutive matches on the WTA Tour, Osaka was the hot favourite but Sakkari bagelled the second seed in the opening set and then held off an early fightback in the second set to win 6-0, 6-4 in just 69 minutes.

The Greek broke three times in the opening set, but Osaka appeared to get her act together in the second set as she went 3-0 up after breaking in game two.

But the 23rd seed was back on serve in game seven and then edged ahead with another break in game nine before serving it out.

“I don’t think tennis-wise it was like the best tennis I have ever played in my life,” Sakkari said. “I think I executed our strategy with Tom really well. I just did what I had to do. I’m not gonna tell you what. What we discussed before the match, I just did it most of the match, except maybe a couple of games where things didn’t go right.”