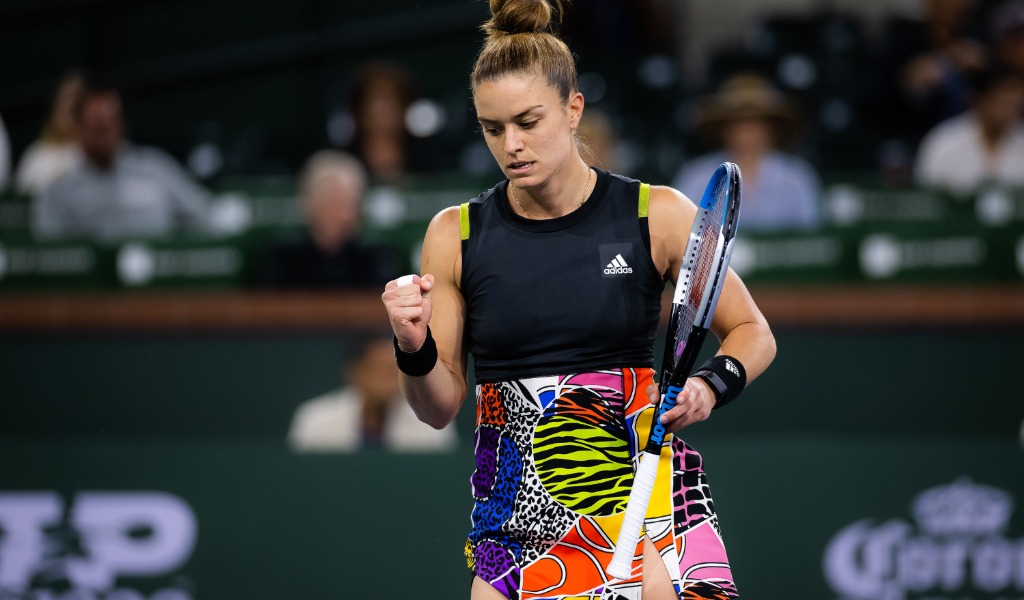 Sakkari had already booked her place in the last four after a great start but her sweeping 6-2, 6-3 win eliminated the Tunisian.

Instead Aryna Sabalenka will join the Greek star in the last four.

Sakkari says that she is enjoying her game right now and is trying not to overthink her good form.

“I think I just have to keep doing what I’ve been doing,” Sakkari said in her on-court interview.

“I’m trusting myself. I’m just fearless on the court. I’m enjoying myself here. There’s no secret behind how I’m playing, it was about time to start playing good again. I’m just very happy that it’s actually happening here.”

Sakkari is quite fond of the woman she eliminated from the finals in Ons Jabeur and said that she was delighted to share the big stage with her.

“We played each other years ago, I think it was in Fed Cup,” Sakkari said of Jabeur.

“I was joking with her that she was drop-shotting me all the time, playing in Montenegro, in the Group 3 stage, there was nobody there. Just normal players back then. But we both worked out way to the top.”

Sakkari hasn’t had the best year but her form picked up in Guadalajara and really clicked in Fort Worth.

She had only one top ten win to her name headed into the finals but has now claimed three in a week as she swept the group.

Sabalenka was among those to lose to Sakkari but she progressed after wins over Jabeur and American No 1 Jessica Pegula.

She could have found herself eliminated if Jabeur had recorded a straight sets win over Sakkari but that did not materialise.

Sabalenka said that she wasn’t thinking about the permutations when she took on Pegula on Friday.

She would admit that she would have preferred to play the second match of the evening.

“I keep saying to myself, ‘Just stay focused, keep fighting — it doesn’t matter, two or three sets, just get the win, the extra points,’” Sabalenka said.

“At the end was a little pressure because you try to not think about this, but this thing stays in your mind. I’m happy that I was able to finish it in two sets.

“In the beginning, I said to my team that I’d prefer the second match to 100 percent know what I have to do to get through.”

READ MORE: Billie Jean King’s advice to Emma Raducanu: ‘Get a psychotherapist and get away from people with agendas’