Maria Sharapova powers on as she reaches Italian Open semi-final 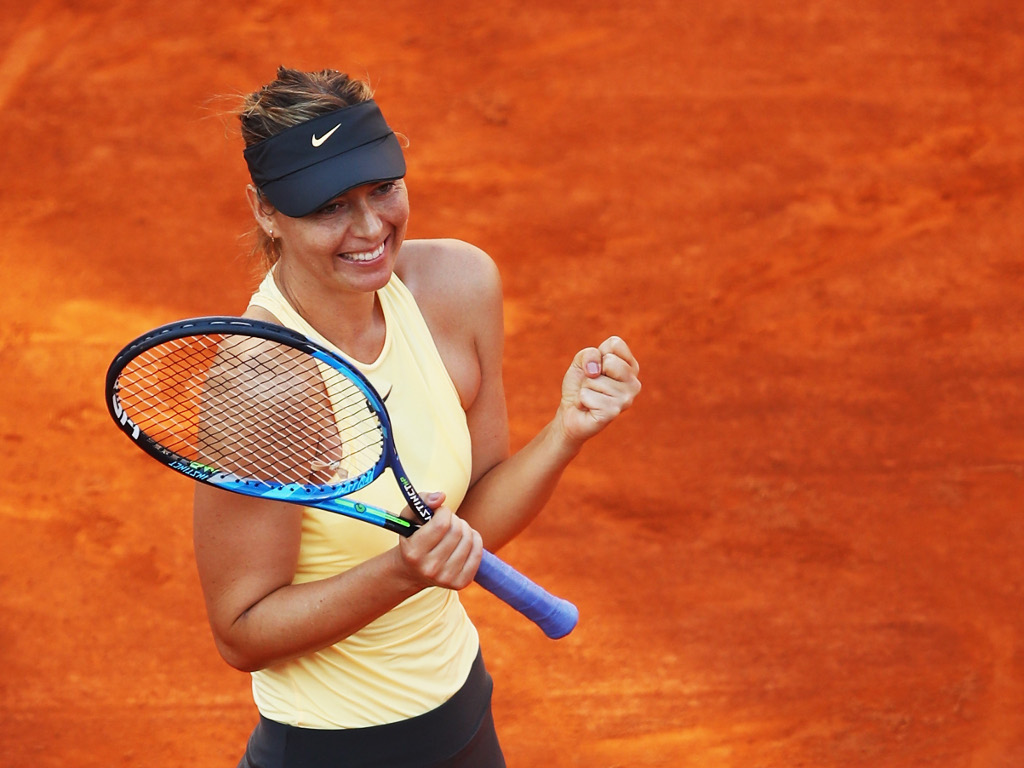 The Russian won 6-7 (6-8) 6-4, 7-5 in three hours and 10 minutes to set up last-four encounter against either top seed Simona Halep or the ninth-ranked Caroline Garcia.

The first set, which saw both players lose their serve twice, lasted one hour and 19 minutes before French Open champion Ostapenko finally won the tie-breaker.

There were five breaks of serve in the second set, but the crucial one came Sharapova’s way in game 10. She squandered two match points in game 10 of the decider before finally getting the job done in the Latvian’s next service game.

Elina Svitolina is also through to the semi-final, but she had a more straightforward workout as she beat Angelique Kerber 6-4, 6-4.

Kerber broke first in the opening set, but the fourth seed claimed back-to-back breaks in games seven and nine to take the lead while there were five consecutive breaks at the start of the second set with the Ukrainian taking charge.

Anett Kontaveit is next up for Svitolina after the Estonian secured a 6-3, 6-1 victory over second seed Caroline Wozniacki.