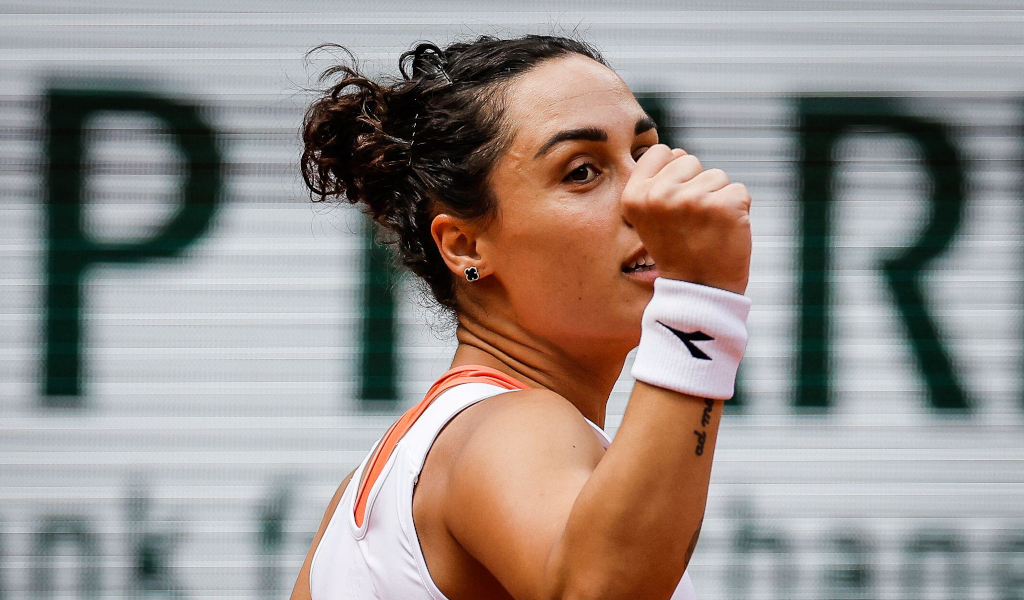 Martina Trevisan reached her maiden Grand Slam semi-final after overcoming nerves to see off a spirited Leylah Fernandez in the quarter-final of the French Open.

Fresh from winning her maiden WTA Tour singles title in Rabat last week, the unseeded Trevisan made it 10 wins on the trot with a 6-2, 6-7 (3-7), 6-3 victory over Fernandez on Tuesday.

Moment of a lifetime 🙌@MartinaTrevisa3 becomes the first Italian woman to reach the semi-finals in Paris since Errani in 2013, defeating Fernandez 6-2, 6-7(3), 6-3#RolandGarros pic.twitter.com/R1eESUGQjR

The Italian, who reached the quarter-final at Roland Garros in 2020, blitzed US Open runner-up Fernandez in the opening set, breaking in the first game and again in game seven.

The 13th seed then found some rhythm in the second set as she broke in game four only for Trevisan to hit back immediately and then go 5-4 up with a second break in game nine.

Trevisan came out to serve for the match and had a match point at 40-30, but the Canadian won three consecutive points to draw level and then dominated the tie-breaker.

The 28-year-old did not go back into her shell in the deciding set as she reeled off four consecutive games to go 4-0 up, but Fernandez was not done as she claimed a break back in game five.

Trevisan again came out to serve for the match at 5-1 only for the 19-year-old to break again, but the Italian eventually got the job done at the third time of asking as she won on her second match point.

“On the first match point I felt a little more nervous, I thought about it a little too much about that I was one point from the semi-finals. After that point I accepted the situation,” Trevisan said.

The world No 59 will face either Coco Gauff or Sloane Stephens in the last four.