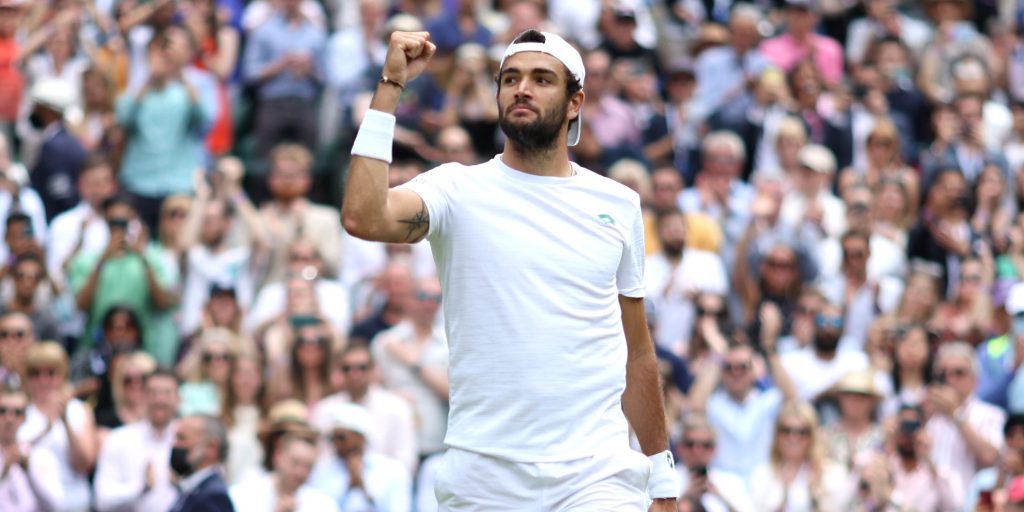 Matteo Berrettini has used Italy’s Euro 2020 final success against England to soften the blow of his Wimbledon final defeat against Novak Djokovic.

After losing the final in four sets on Centre Court, Berrettini took a short trip from south west London to north London to attend the Euro 2020 finale, which was won by his Italian compatriots in a dramatic penalty shoot-out.

He then took part in Italy’s victory parade when they returned to their homeland, with the hit serving world No.8 admitting the success of the Italian football team has eased his disappointment.

“I wanted to see this match live to try to let the disappointment go,” Berrettini told Sky Sports Italia. “It was cool. I was more nervous than my parents were during my Wimbledon final.”

He went on to suggest he was satisfied with his grass court performances in London, that also included a fine win the cinch Championships at the Queen’s Club.

“I’m really happy with the final and hopefully it will not be my last one here or my last one in a Slam,” said Berrettini.

“I’m so honoured to be here and it’s been a really great run for two weeks. Also with [winning] Queen’s, I could not ask for more. Well, maybe, a bit more.

“It’s been like a month on grass really, really great. I won Queen’s. I didn’t expect to win there. I reached the finals here. Is something that, like I said after I won the semis, didn’t even dream about this because it was even too much.

“Obviously now, like you said, I’m disappointed because I lost the final, because I think I didn’t play my best match, but I have to say it’s thanks to Novak in a way that he brought me, made me play in this way. That’s his strength probably. That’s why he’s one of the best ever.