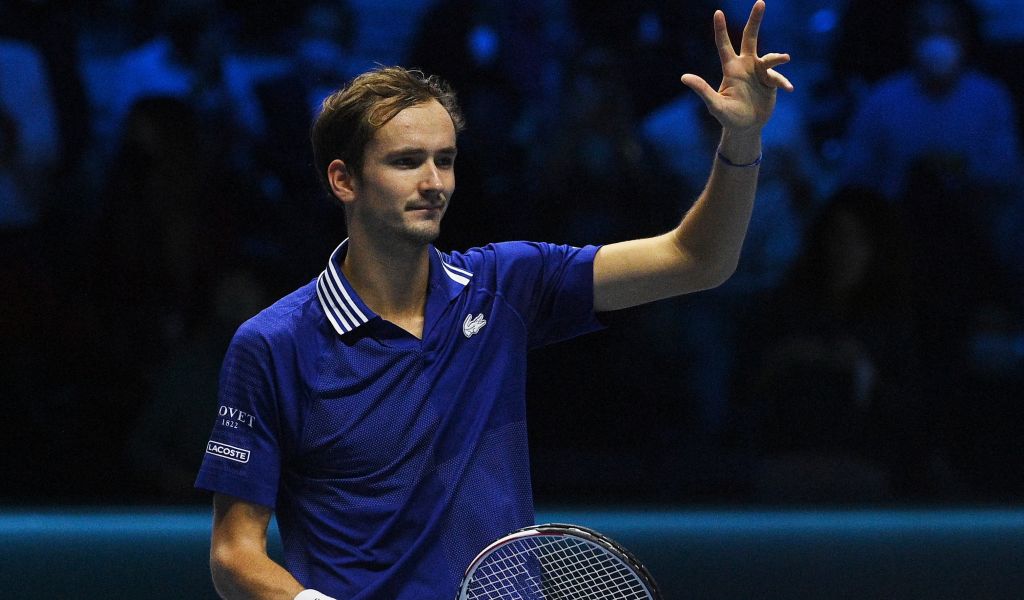 Daniil Medvedev made a successful start to his ATP Finals title defence after coming from a set down to beat Hubert Hurkacz.

Poland’s Hurkacz, making his tournament debut in Turin, took the first set on a tie-break, but US Open champion and world number two Medvedev hit back to claim a 6-7 (5) 6-3 6-4 victory.

Now this was sensational. 👊

The Russian has now won 23 of his past 26 matches, and made it six consecutive victories at the season-ending ATP Finals.

Medvedev did not face a single break point in the match and won 83 per cent of his first-serve points with 15 aces.

“I had zero break points to save, so in a way I was never under pressure,” Medvedev said in his on-court interview.

“I had only two games on Hubert’s serve where I had break points. I’m super happy to make this work and I managed to get both breaks.”

Matteo Berrettini’s match against Alexander Zverev, and probably his tournament, came to a premature end through injury.

The Italian, backed by a raucous home crowd, squandered two set points as he fell behind after a tie-break against the Olympic champion.

In the second game of the second set an audible groan went up when Berrettini netted a forehand and immediately put his head in his hands.

He had treatment for several minutes on what appeared to be a side strain – an issue he has had before – and attempted one serve before tearfully walking to the net to be consoled by the German.

Another Italian, Jannik Sinner, is the first alternate although Wimbledon runner-up Berrettini remains hopeful his tournament is not over.

“I really hope that it’s not that big, but it was just impossible to keep playing,” he said in his post-match press conference.

“Obviously I was feeling it today again, I wasn’t able to finish, but hopefully with my team and with the doctors tomorrow I’m going to do some checks and I really hope it’s not going to be something that is going to make me not play the next two matches.”

Zverev, who joined Medvedev at the top of the four-man group, said: “I don’t really know what to say – this is the worst feeling a player can have. You work all year to qualify for this beautiful tournament and it’s at home for him.

“This is the worst feeling he will have in his career. I feel like crying right now to be honest.

“The first set was incredibly high-level tennis. But that’s not important. The most important thing is both players are shaking hands at the end and go off the court healthy and that’s not the case. But he’ll be back next year.”