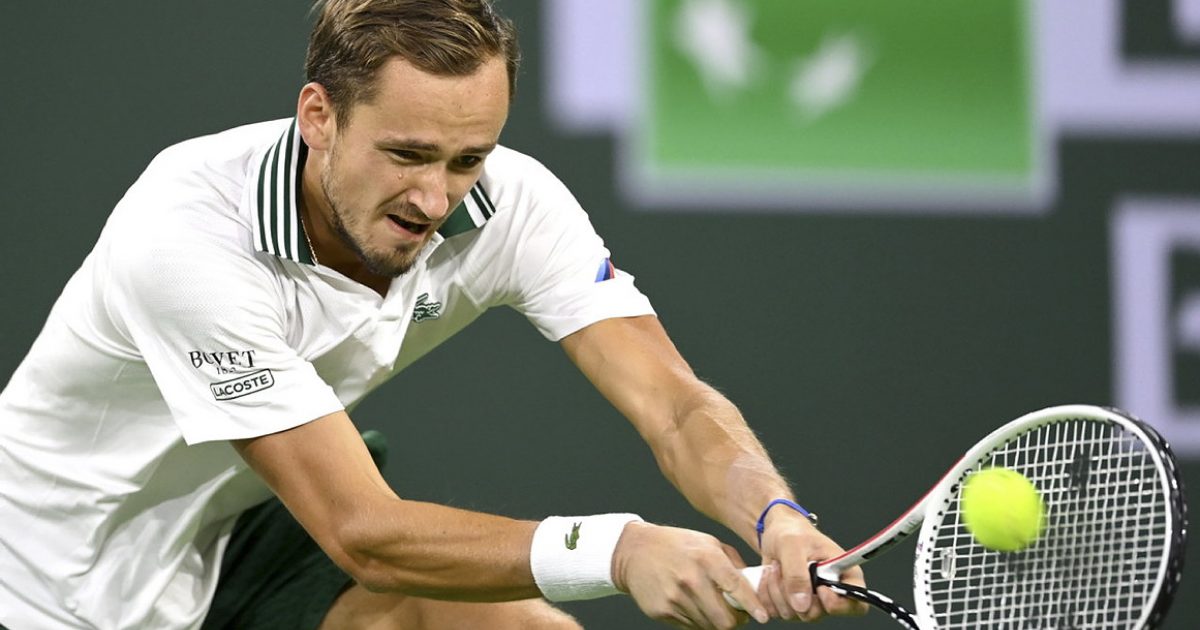 US Open champion Daniil Medvedev crashed out of the BNP Paribas Open in Indian Wells after a three-set defeat to Grigor Dimitrov.

The Bulgarian staged a spectacular fightback from a set and a double-break down to triumph 4-6 6-4 6-3 as the newly-crowned US Open champion’s game collapsed.

Medvedev had been in dominant form since his breakthrough win at Flushing Meadows and nothing looked set to change as he took the first set and stormed into a 4-1 lead in the second.

But inexplicably the Russian lost his range and Dimitrov reeled off eight games in succession to not only level the match but to establish a strong advantage in the decider.

The Bulgarian duly served out to love to complete one of the biggest wins of his career and seal his place in the quarter-finals.

He was joined by Britain’s Cameron Norrie who reached the last eight of a Masters 1000 event for the first time after defeating Tommy Paul.

The British number two overcame the American in three sets, reaching the last eight with a 6-4 4-6 6-2 victory.

Norrie broke serve early on in the first set before a string of errors from Paul gifted his opponent a second successive break of serve.

Norrie surged into a 4-1 lead but Paul got a break back to move within one game of the Briton, who held his nerve to serve out the set.

An exchange of breaks in the second set saw it go down to the wire before being decided by the American breaking serve in the 10th game to take the set and level up the match.

There were also early breaks of serve each in the deciding set before Norrie surged clear to take the win, moving him to within one more victory of replacing Dan Evans as the British number one.

Norrie now has more wins on the ATP Tour in 2021 than world No.1 Novak Djokovic, with the Brit winning 43 matches, one more than the Serbian great.

Norrie will face Diego Schwartzman in the quarter-finals, after the Argentine won 6-3 6-3 win against Casper Rudd.

Meanwhile, there was also a straight-sets victory for Hubert Hurkacz who overcame Aslan Karatsev 6-1 6-3.