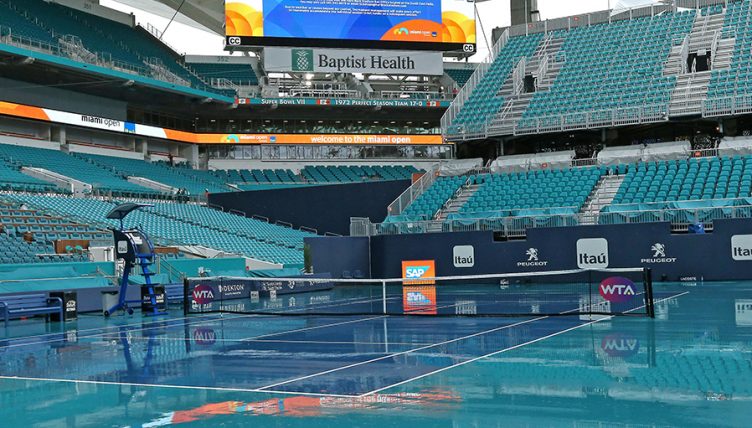 The new-look Miami Open got off to a shaky start as rain wiped out the first day’s play in the tournament’s new Hard Rock Stadium home.

After outgrowing it’s traditional home at Crandon Park and being unable to secure the relevant permissions for expansions, the Miami Open opted to up sticks and move to the home of the NFL’s Miami Dolphins.

However, the elements had other ideas and rain washed out its big moment.

Tuesday’s first round was seen as something of a rehearsal for Wednesday’s official opening, with Andrea Petkovic, Amanda Anisimova, and Mari Osaka, sister of WTA world number one Naomi Osaka, set for action.

“When we get through the first day or two and see what we are in store for I have a feeling we will be announcing a lot of (attendance) records broken this year,” Blake said.

“I don’t want to be too pie-in-the-sky but I do think we are going to break a records.”