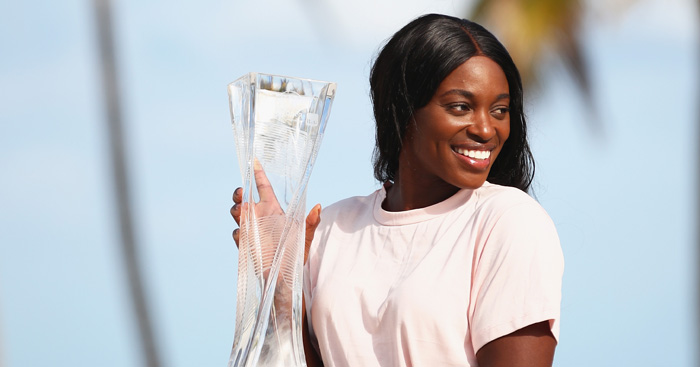 Miami Open champion Sloane Stephens admits she did not expect to win the title, but has described winning Crandon Park’s last women’s WTA final as “special”.

The American beat Jelena Ostapenko in straight sets to claim what was ultimately a comfortable success, but she insists the trophy was not on her mind when she arrived in Florida o the back of some fairly wretched form in 2018.

“It’s incredible,” she said. “I knew if I just got back to the drawing board I would be O.K. I wasn’t expecting a title here. I just wanted to make sure I got my game back where I wanted to be.

After a tight first set that went to a tiebreaker, Stephens received a pep talk from her coach, and she says that was a huge factor in her going on to dominate the second.

“I was a little nervous, and it was showing in my game. My feet weren’t moving, and I wasn’t swinging through the ball. I just needed a little bit of a reminder to just go for it if I wanted to take the title.”

The Miami Open will be moving to the Hard Rock Stadium from next year. It’s a controversial move that has angered many, and Stephens admits that it adds an extra something to her success.

“This place is pretty special to me,” she added. “I’m definitely happy I could be the last person to win here.

“I’ve had some amazing experiences here, and I’ll definitely miss it.”