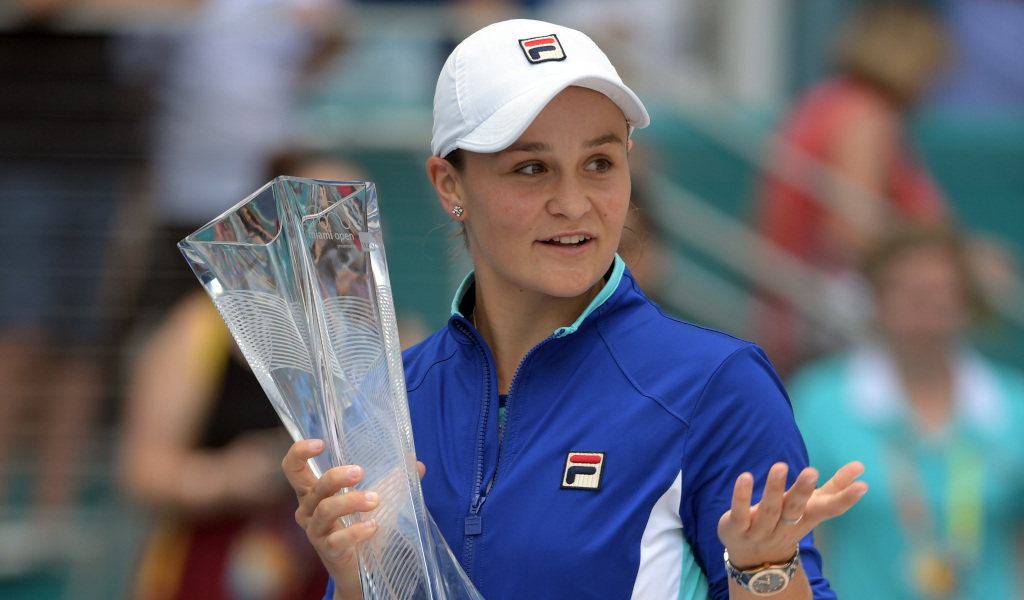 The WTA Tour has had 14 tournaments so far this campaign and has thrown out 14 different winners with Ashleigh Barty joining the party after winning the Miami Open.

Even more interesting is the fact that the major events – the Australian Open, Premier Mandatory and Premier 5 – have been won by players under the age of 23.

Naomi Osaka (21) was champion in Melbourne, Belinda Bencic (22) won in Dubai, Bianca Andreescu claimed the Indian Wells Masters and now the 22-year-old Barty has added her name to the list.

When asked by WTA Insider about the success of the youngsters on the tour, the Australian replied: “Yeah it’s phenomenal. It is. And I think the women’s game is becoming so strong and the depth is getting so much better across the Top 20, 30, 40, 50. There are genuine chances of those girls winning titles regardless of who they’re up against.

“I think that’s the challenge for the Top 5, the Top 10, to continue to try and have that dominance over players I suppose, but on any given day anyone can beat anyone. And that’s a pretty awesome thing about the sport.”

Barty was also asked how much her game has improved in the past few years since she returned to tennis following a stint as a cricket professional.

“I think first and foremost I feel like my game has become more well-rounded. I feel like I’m more exposed to pressure situations and am learning how to deal with it and how to enjoy it more,” she said.

“When I can go out there and play my brand of tennis, that’s when it becomes most exciting and most enjoyable for me. I’m being able to do that more and more often, and I think the best thing is I do feel like I belong on this tour.

“Some days it will go in your favour and some days it won’t. I think the challenge and the beauty is to just keep going and putting one foot in front of the other and enjoying the journey.”