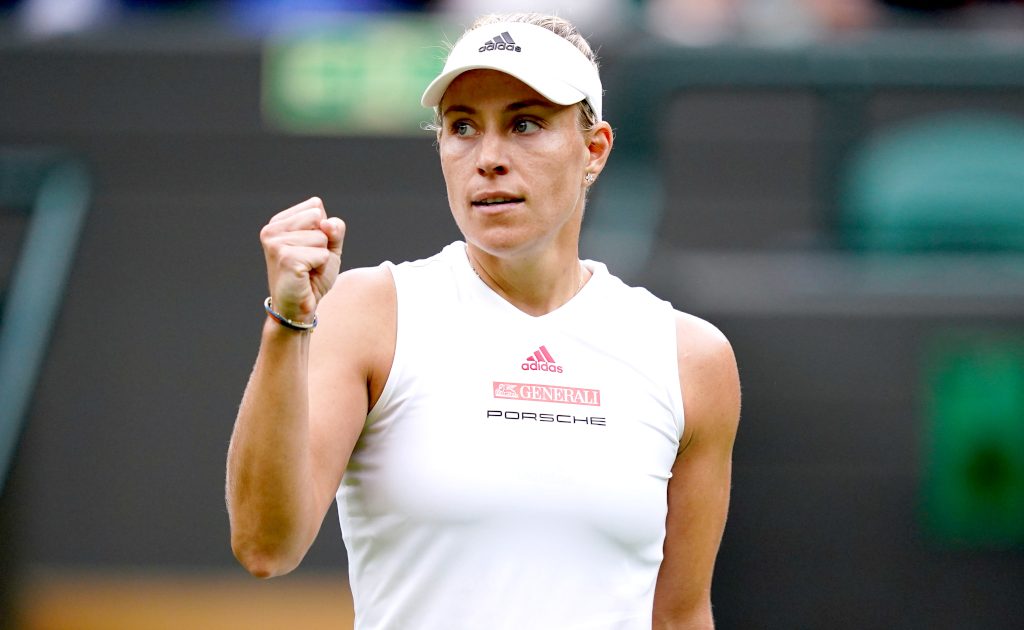 Angelique Kerber is entering a new chapter of her life as she is due to give birth early next year, but she has set her sights on a comeback as she wants to inspire new moms and women.

The three-time Grand Slam winner announced in August that she is taking a break from tennis as she is pregnant with her first child with the due date in March or April.

Kerber, who turns 35 in January, has made it clear that she plans on returning to competitive tennis once she has given birth, but she will only come back once she is fully fit.

“I don’t know what time or which tournament because I really want to take the time,” the German is quoted as saying by the official WTA Tour website. “And when I come back, I want to come back 100 percent, fit again and feel good. This is the plan.”

Kerber won her first Grand Slam title at the 2016 Australian Open and also won the US Open later the year. Her third and final major came at Wimbledon in 2018 when she beat Williams in the final.

Her last WTA Tour title came at the Internationaux de Strasbourg in May, but she hopes to win more big titles.

Whereas in the past most women’s tennis players retired once they fell pregnant, times have changed as former world No 1s Serena Williams, Kim Clijsters and Victoria Azarenka all made successful comebacks after giving birth.

Clijsters won three of her four Grand Slam titles after she became a mother, Williams reached four Grand Slams following her comeback and Azarenka – who is still competing on the WTA Tour – reached the 2020 US Open final after giving birth in 2016.

Kerber has had several conversations with the trio after they returned, but she admits the message hits differently now that she is pregnant.

“When you talk now to them, it’s more intense listening to what they say,” the former world No 1 said. “We see the moms can come back, also winning big titles. And I hope I can also be one of them, inspiration for new moms and women to come back to doing their business.”

Of course those who have been there, done that and gotten the T-shirt have given her some good advice the past few months.

“Take your time, enjoy the moment now,” she said. “And then, they said I will feel when the time is there to come back. It’s better to take one month later than one month earlier.”

READ MORE: Angelique Kerber to miss US Open after announcing pregnancy – ‘I’m nervous and excited at the same time’