Why the biggest winners of 2022 are not Alcaraz, Swiatek, Nadal or Djokovic 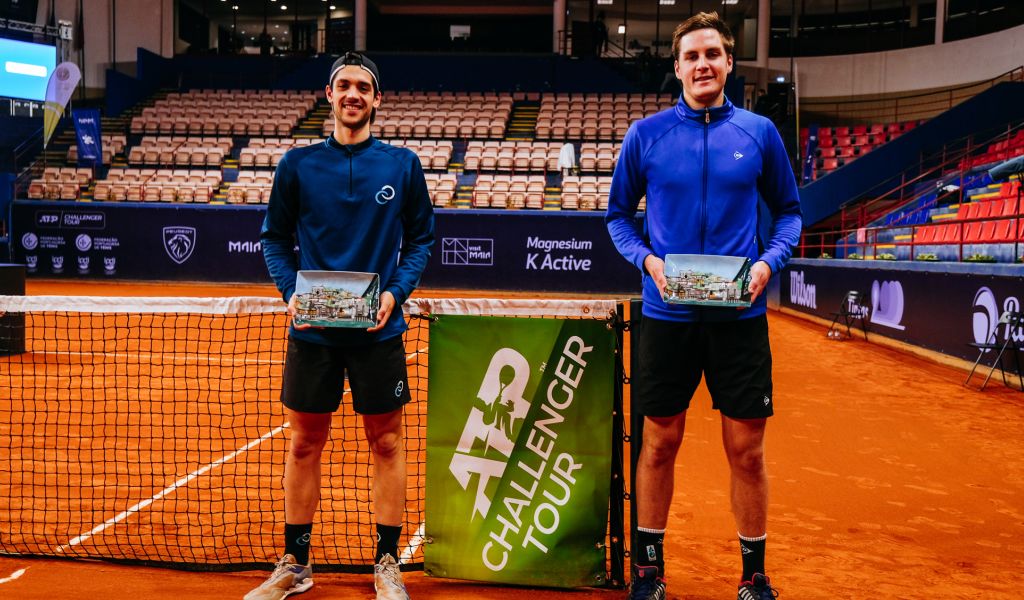 The tennis year is coming to an end, yet the biggest winners of the year are continuing to collect trophies at an impressive pace.

Rafael Nadal may have won the first two Grand Slam events of 2022, with Novak Djokovic and Carlos Alcaraz also laying claim to the title of the best player on the ATP Tour with big wins at the back end of the season.

Iga Swiatek was in a league of her own on the WTA Tour, as she finished the year as the dominant world No 1 after claiming a succession of titles.

Yet the title of most prolific winners of 2022 could well go to the British duo of Henry Patten and Julian Cash.

You may not have read too much about them in the world’s media, but doubles pair Patten and Cash have been ripping up the record books on the ATP Challenger doubles tour after they claimed a remarkable 10th title last weekend.

This is a new record for the ATP Challenger Tour, beating the record of eight titles won by Sanchai Ratiwatana and Sonchat Ratiwatana in 2012.

This time last year, Patten was ranked at No 871 in the ATP Doubles ranking list, with Cash down at No 585.

Yet this brilliant winning combination have won tournament after tournament over the course of this year and will end comfortably inside the top 100, with Patten now at No 75 and Cash at No 76.

“Our season has been amazing, career-defining for both of us,” said Patten in an interview with the LTA. “We’ve both moved up hundreds of spots in the rankings since the beginning of the year.

“Julian and I met a long time ago, probably in U12s on the junior circuit,” said Patten. “We both did very well in college, so I think we were on each other’s radars.

“Our friendship started during the pandemic at events like the UK Pro League and we always talked about playing together. Finally, this year in Nottingham our schedules allowed us to play together, and we haven’t looked back.”

Patten and Cash are both aged 26 and will head into the new year with big hopes of taking this remarkable rise to the next level, as they have earned the right to play in some of the biggest events in the game.

“It’s obviously hugely motivating to have so much success in Britain with doubles, as we are able to train with and be around some of the best in the world,” said Cash.

“It truly gives the belief that if you do the right things then maybe your career can follow in a similar fashion.

“Our main goal at the moment is to be playing regularly on the main ATP tour, and in the slams.

“We have a bit of work left to do on the Challenger circuit but we’re excited to test ourselves against the best in the world.”

The success of Patten and Cash is inspiring other British players, with Marcus Willis telling Tennis365 that he is keen to follow in their footsteps with a rapid rise up the doubles rankings.

“I started this journey last summer and I set myself a goal of getting into the top 500 within a year. My goal was to get there by next July, but I’m already there now.

“Now I am re-evaluating. I want to start getting into Challengers around March or April of next year and then we can look to push on and get into the top 250 of the ATP Rankings.

“I look at British players like Patten and Cash, who are up to around 85 in the world, and this time last year they were playing the kind of tournaments I’m in now.

“It has been a massive help for all the British players that we have so many tournaments being staged in this country now.

“There are opportunities to make points now and once you have points, you have a chance to travel and build some momentum.”

With Britain’s LTA set to host another raft of tournaments on the ITF World Tour next year, Willis will have plenty of opportunities to get more rankings points and strive to realise his dream of playing at Wimbledon again in the double event.

The success for Patten and Cash should inspire him to believe another is possible, as these two serial winners are now eyeing up appearances on the ATP Tour and in Grand Slam events.