‘My Wimbledon goals are high, they have to be high, or I wouldn’t be playing,’ says Roger Federer 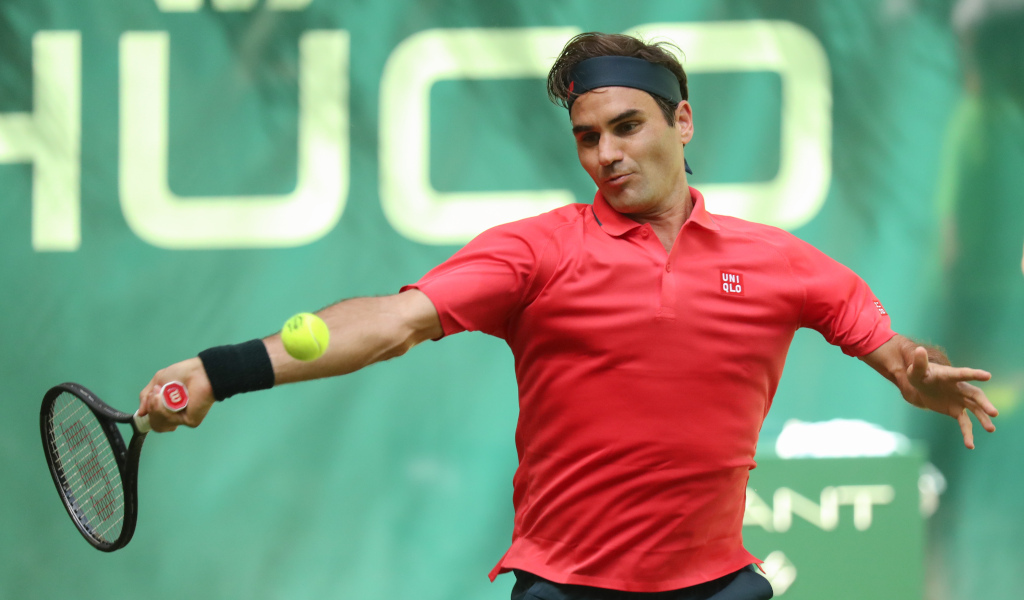 He admits he has “a little less pressure” in Halle after his performances at Roland Garros, but Roger Federer is determined to step up a gear before going all out at Wimbledon.

Playing in his first grass-court match in more than 700 days on Monday, Federer held off qualifier Ilya Ivashka in the first round of the ATP 500 event in Germany, winning two tight sets 7-6 (7-4), 7-5.

Roger Federer back in his natural habitat 😍@rogerfederer #NoventiOpen pic.twitter.com/oogmcnuBOY

The 20-time Grand Slam winner kicked off his grass campaign on the back of a decent run at the French Open as he won three matches before withdrawing from the fourth round as he “didn’t want to push himself too quickly”, but he now wants to up the ante with Wimbledon less than a fortnight away.

“For me here this week, I feel I have a little less pressure because I was able to play three matches in Paris, so it is not as if I have to chase matches,” he is quoted as saying by ATPTour.com. “Winning today was nice as it gives me at least two matches here.

He added: “The season starts around now but I have been focused this week, recovering from Paris. My Wimbledon goals are high, they have to be high, or I wouldn’t be playing, and anything I get here in terms of matches is positive for Wimbledon.”

As for his one hour, 36 minutes first-round showing against world No 90 Ivashka, the 39-year-old was pleased that he managed to stay calm in the big moments.

“I thought I did well, stayed calm, focused, and played well in the tie-break and as the match went on, I started to get a better feel for his serve and created more opportunities, and felt I was getting there. I am happy to be back on the grass and the goal is to try and win again here,” Federer, who will face either Felix Auger-Aliassime or Herbert Hurkacz in the second round, said.

He added: “I feel my serve is there, I just have to get my footwork right, the right intentions on the court. Knowing when to do what and that aggressive baseline game, making it work automatically.”